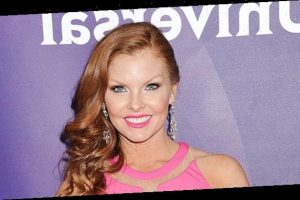 Brandi Redmond broke down in an 11 minute video over a video of her mocking ‘squinty eyes’ and mocking an Asian accent.

Brandi Redmond, 41, is in tears apologizing over a racially insensitive video that was re-shared in December. “I made a poor decision of being angry and trying to defend in the moment what was wrong and insensitive,” the Real Housewives of Dallas star said in the video posted on Saturday, Jan. 18. “I did this video — it was essentially four years ago — and it was in reference to a scene on season 2 of RHOD where the ladies were talking about my features — in particular, my squinty eyes…Once again, that’s something I have been insecure about so I made a video poking fun at myself.”

In the original video, filmed in 2017, Brandi can be seen speaking in an Asian accent while in the car with her two daughters Brooklyn, 10, and Brinkley, 7. “Everybody ask me what Asian I am because my eyes, they squinty,” she says, laughing. The video just happened re-surface on social media after Brandi called out co-star LeeAnne Locken for being racist after LeeAnne referred to Kary Brittingham as “the Mexican.” The re-shared clip immediately garnered a reaction on social media, prompting Brandi to tweet that she thought it was a “good impersonation” and that she would “do it again.” After realizing the video was hurtful, the reality star deleted the tweets and checked into a wellness center on Jan. 10.

“Someone maliciously recorded it off a device and saved it for this many years … and it resurfaced,” Brandi explained in the apology video, filmed during her Weekly Dose of B.S. podcast. “I immediately took the post down and posted a public apology,” she continued, referencing her Jan. 4 tweet. While she didn’t name any names, she did note that she was aware that the video was “conveniently timed to be a deflection.”

Thank you to these souls that cried with me, prayed with me and were a positive light in my life & helped my family during this difficult time. Stephanie & Travis, D’Andra & Jeremy, Mama Dee, Kary & Eduardo, my parents, my family, close friends, and my amazing husband and children. I am so grateful for God helping me through this, allowing me to heal and love myself. To those that set out to hurt me, know that I still have compassion for you in my heart. Thank you all for hearing my truth and my heart. #loveyourself Have a beautiful and blessed weekend my friends. 💞🙏

During her time at the wellness center, Brandi seemingly got in touch with herself and addressed some of her personal struggles which lead to the original 2017 post. “I had insecurities as a little girl, and to feel loved and accepted, I would make people laugh,” Brandi continued. “I want to show the world my heart…We have the power, just being human, to feel other people’s joy and other peoples’ pain…rather than building people up with passion and empathy, we take it, and we hurt people. And it kills to know that it even exists,” she added.

“Thank you to these souls that cried with me, prayed with me and were a positive light in my life & helped my family during this difficult time,” she captioned the 11 minute video. “I am so grateful for God helping me through this, allowing me to heal and love myself. To those that set out to hurt me, know that I still have compassion for you in my heart. Thank you all for hearing my truth and my heart.”

END_OF_DOCUMENT_TOKEN_TO_BE_REPLACED

END_OF_DOCUMENT_TOKEN_TO_BE_REPLACED
We and our partners use cookies on this site to improve our service, perform analytics, personalize advertising, measure advertising performance, and remember website preferences.Ok