Richard E. Grant Is Just Out Here Taking Selfies at Every Pre-Oscars Party 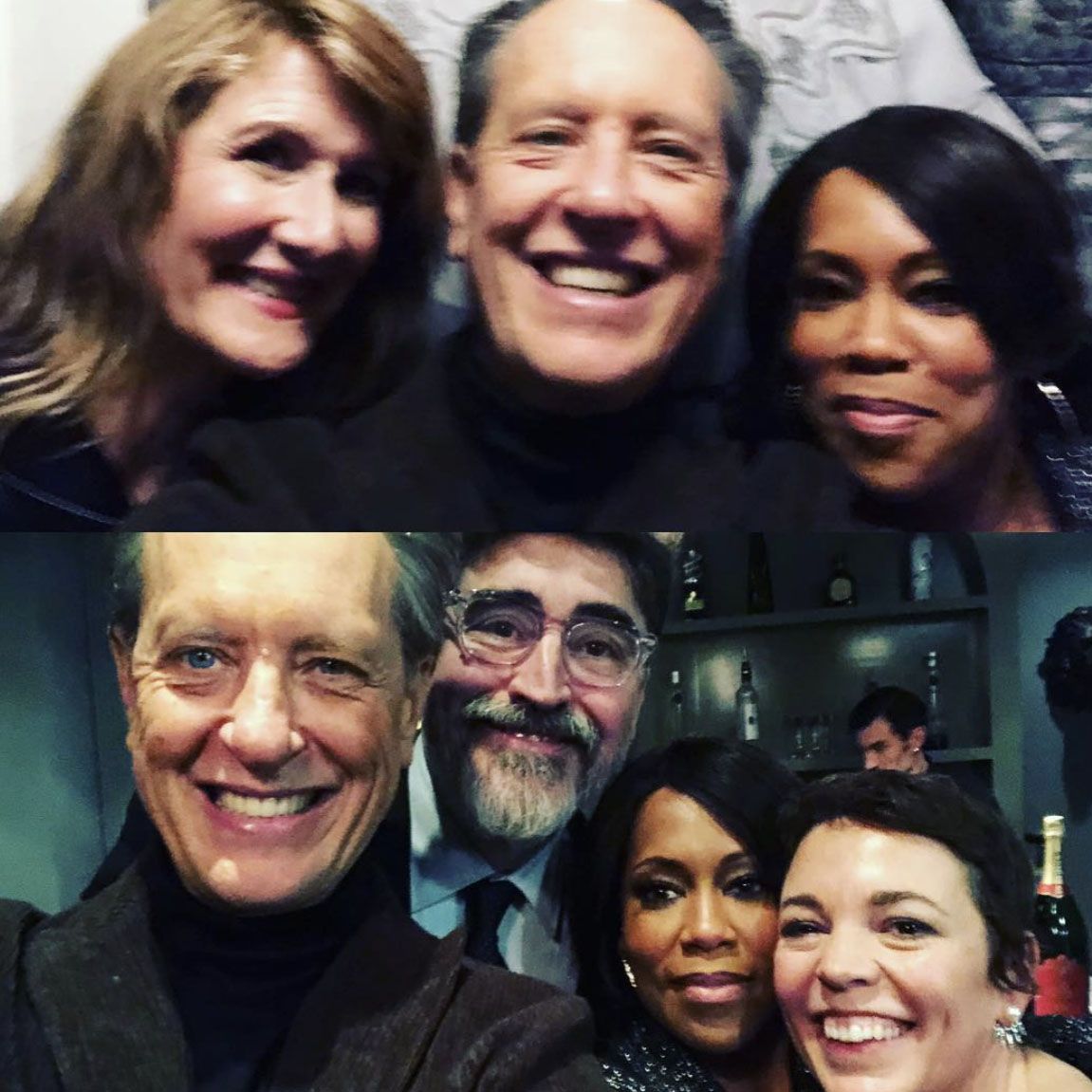 Richard E. Grant’s charisma is infectious, and his Instagram account proves it. Having been nominated in the Best Supporting Actor category for his truly incredibly performance opposite Melissa McCarthy in Can You Ever Forgive Me?, Grant has been invited to multiple parties ahead of the Oscars 2019. And quite frankly, he’s having more fun than anyone.

Taking to Instagram to share his excitement at attending so many chic pre-Oscars celebrations, Grant perfected the celebrity selfie several times over. First, there were his blurry shots taken with Regina King, Laura Dern, Olivia Colman, and Alfred Molina, at an “‘intimate’ Oscar nominees dinner”:

An ‘intimate’ Oscar nominees dinner last night hosted by @lauradern & Fred Molina for @theacademy at Bette Davis former home with Olivia Colman & @iamreginaking & just out of shot – Willem, Rami, Marina, Yalitza, Mahershela, Gaga Bradley & Eve Marie-Saint, who is 95 and shared her memories of winning for ‘ON THE WATERFRONT’.1954. Historic!!!

Then there were a couple of late-night WME party selfies taken alongside Dan Stevens, Amy Adams and her husband Darren Le Gallo, Rebel Wilson, and Sam Taylor-Johnson:

Finally, Grant also took the opportunity to do some “Dad-dancing with my daughter @oliviagranted at the WME party in LA!”:

In fact, Grant continues to share so many sweet moments with his daughter throughout his journey to the Oscars 2019, and it’s clear that his family is utterly supportive of his much-deserved success.

Haha. Trying to look laid back and casual about the Oscars weekend ahead, but unable to quell our glee! @british_airways @canyoueverforgiveme @foxsearchlight

As for attending the ceremony itself, Grant is sure to savor even second of his time as a nominee at the Academy Awards, having called his invitation a “Once in my Lifetime envelope”:

Just opened this Once in my Lifetime envelope from @theacademy making my heart go ?Boom Boody-Boom Boody-Boom? like Peter Sellers once sang to Sophia Loren!

It’s no secret that I think he should win the Oscar for his performance as Jack in Can You Ever Forgive Me?, which was nothing short of impeccable.