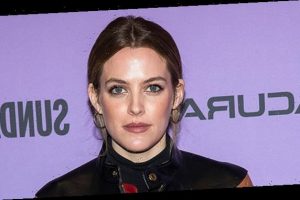 Riley Keough, 31, is Hollywood royalty as the daughter of Lisa Marie Presley, 52, and granddaughter of the late Elvis Presley. Sadly, the talented actress — along with her mother Lisa Marie, grandmother Priscilla Presley, 75, and twin siblings Finley and Harper, 11 — are mourning her younger brother Benjamin who passed away at 27 years old. He died in Calabasas, CA, according to TMZ, “from a self-inflicted gunshot wound.”

A rep for Lisa Marie Presley confirmed, “[Lisa] is completely heartbroken, inconsolable and beyond devastated but trying to stay strong for her 11 year old twins and her oldest daughter Riley,” in an emailed statement to HollywoodLife. “She adored that boy. He was the love of her life,” the statement also read. Learn more about the eldest Keough sibling — born Danielle Riley Keough — who is a successful actress and model.

1. She’s married. Riley married her husband Ben Smith Peterson at just 25 years old in a Napa Valley affair back in 2015. The couple met on the set of Mad Max: Fury Road and she became smitten with the stuntman, who is Australian. They took to Facebook in 2014 to announce their engagement via a sweet photo of the pair in bed together. Riley stunned on her wedding day in a vintage style long-sleeved gown by Delphine Manivet. Prior to tying the knot, she dated her Magic Mike co-star Alex Pettyfer, was linked to Robert Pattinson, and had relationships with singer Ryan Cabrera and actor Jonah Hill.

2. She’s an actor. Riley made her debut in 2010 film The Runaways at just 20 alongside Kristen Stewart, playing the role of Marie Currie. She went on to appear in a number of other films shortly after, including comedy Magic Mike, and several Mad Max movies. Riley was front and center in the 2016 anthology series The Girlfriend Experience, earning rave reviews and a Golden Globe Award nomination for Best Performance by an Actress in a Limited Series or Motion Picture Made for Television. More recently, she appeared in indie horror film The Lodge.

3. Her family has deep Hollywood roots. Riley’s mom is Lisa Marie Presley, the daughter of rock ‘n’ roll star Elvis Presley, who died in 1977, and his ex-wife Priscilla Presley, 75. Riley’s dad is musician musician Danny Keough, 55, who was also the father of her late brother Benjamin. The late Michael Jackson briefly became Riley’s stepfather when her mom married the pop star in 1994, and Nicholas Cage was also her stepdad via Lisa’s brief marriage to him in 2002.

4. She’s also a model. Riley has been the star of several high profile campaigns, including serving as the face for Christian Dior’s Miss Dior Cherie fragrance in 2006. She covered Vogue back in 2004, alongside her grandmother Priscilla and mother Lisa Marie, going on to also appear on magazines like Elle and Marie Claire.

5. She has various tattoos. Riley reportedly has tattoos of a Gemini symbol, a Mayan Calender sign, symbol for a tarot card called The Hanged Man and Led Zeppelin’s four-elements.