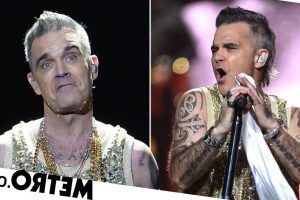 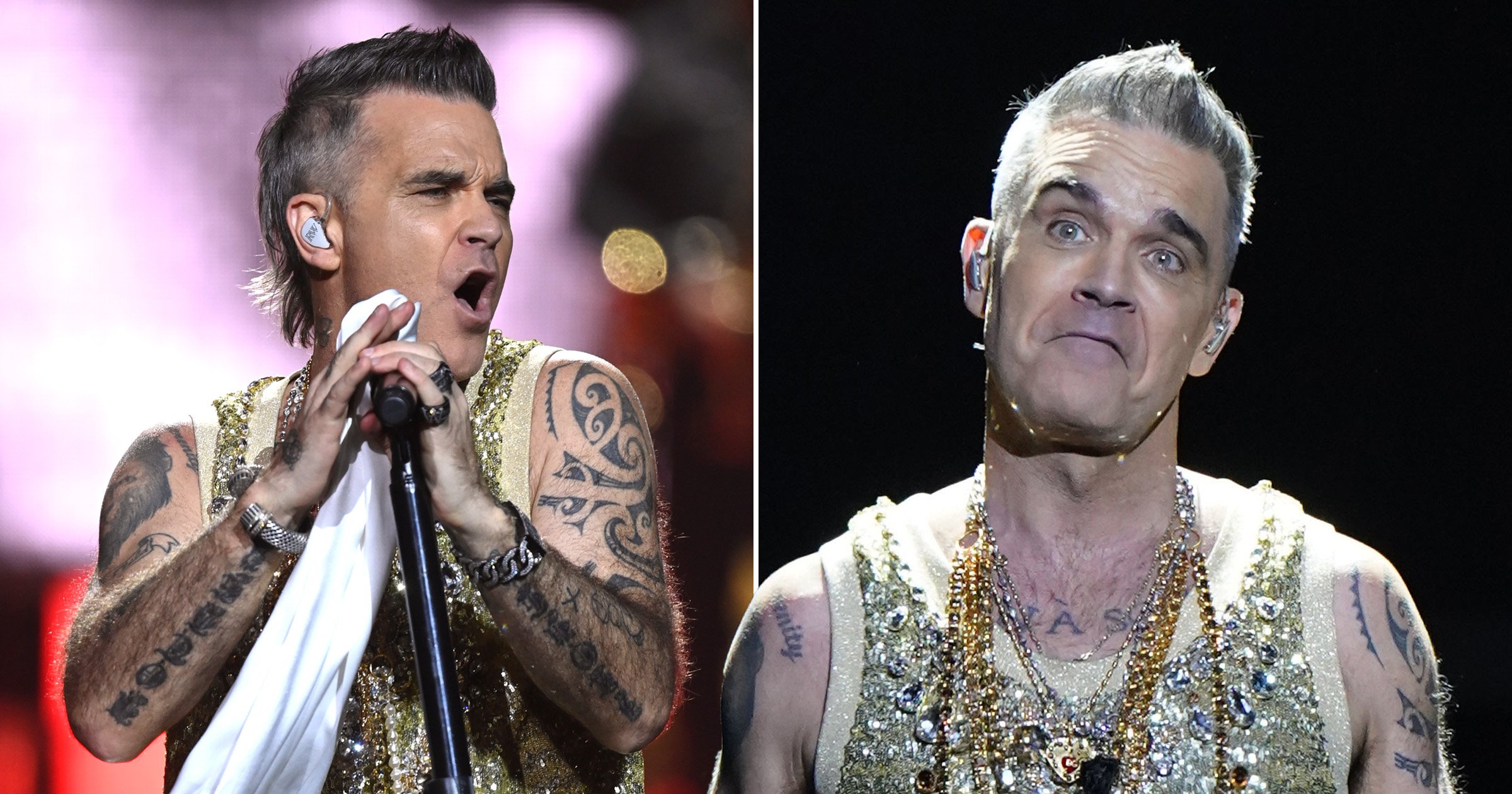 Robbie Williams may be well past his rock n roll days as a happily married father-of-four, but his fans clearly didn’t get the message as he was flashed by one at his latest tour show.

The former Take That star brought his brand new UK tour to London’s O2 Arena on Monday night in celebration of his latest number one album XXV.

As the gig got underway to a packed-out audience, Robbie, 48, got a little distracted thanks to the antics of one female fan near the stage.

The Angels hitmaker halted the show and informed the confused audience as to what was going on, explaining: ‘There is a lady here getting her breasts out for me down here.

Robbie, clearly shocked but able to laugh it off, then joked: ‘But for me, it is like being a diabetic in a cake shop. There’s nothing I can do about it, is there?’

Of course, the popstar was referring to him being married to model and actress Ayda Field since 2010, and the couple share four children.

Robbie was full of revelations for his London audience and said of his decision to quit Take That at the height of their fame in 1995: ‘I set off with a boot full of champers, a pocket full of cocaine ready to get insane in the membrane.’

The singer also revealed that he wrote 2001 song Eternity for Spice Girls star Geri Horner, who had gone solo at this point, after they enjoyed a holiday to Saint-Tropez the year before.

‘[She] helped me through the early days of sobriety,’ Robbie said according to The Sun.

The position means that the Candy singer has overtaken Elvis Presley’s previous record of 13 number one albums, making him the solo artist with the most albums to climb to the top of the UK charts ever.

XXV features orchestral versions of Robbie’s biggest hits and celebrates his 25 years in the music industry.

Robbie will return to the O2 Arena stage on Tuesday evening before moving onto the rest of Europe.