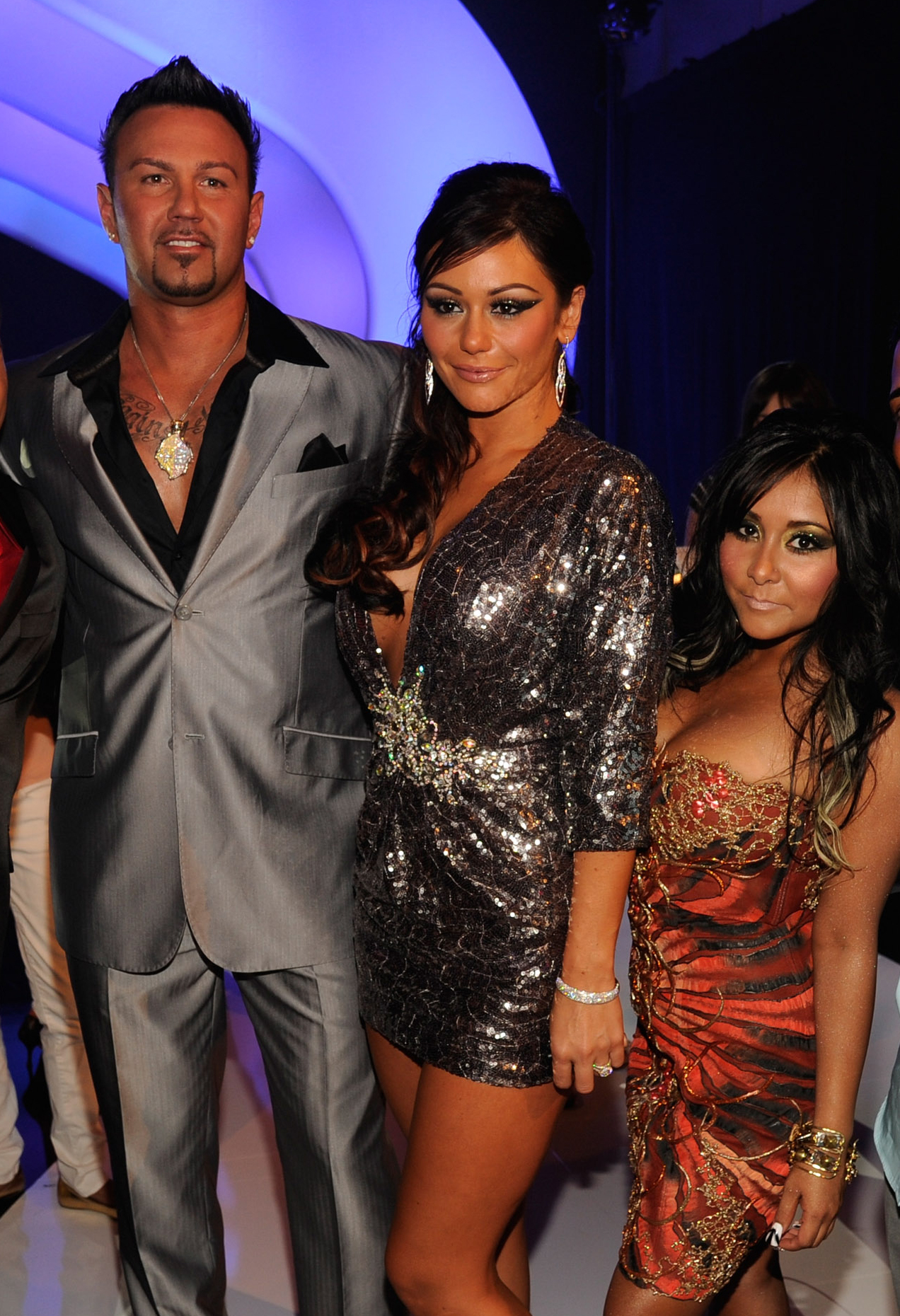 Roger Mathews wasn’t going to let Nicole “Snooki” Polizzi get the last word after she came to the defense of Jenni “JWoww” Farley amid the estranged couple’s drama over their two children.

Mathews, 43, responded to a commenter on Instagram on Saturday, December 15, sticking up for himself after Polizzi, 31, posted a video that shows Farley, 32, speaking to the police following claims that she’s keeping their kids from Mathews.

“Nicole has never spent a single night in our home in 8 years,” he wrote. “You will see the truth come out in the end.” 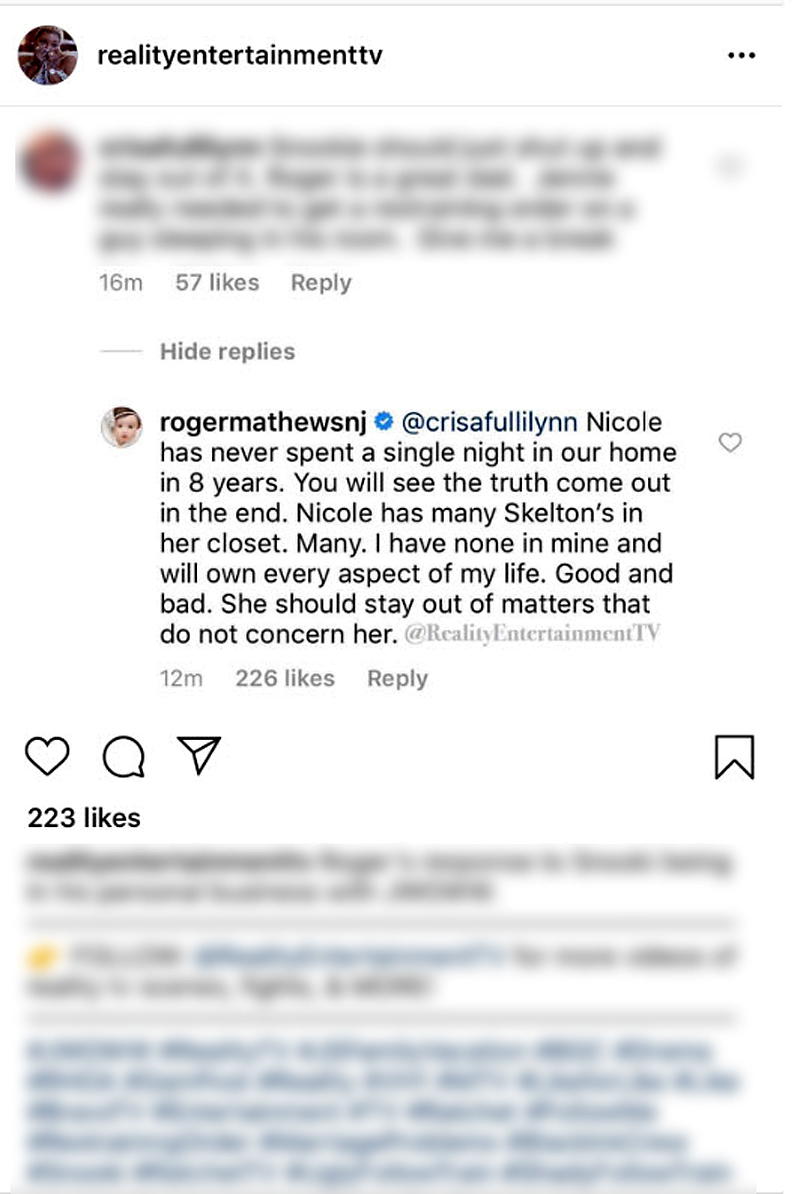 Mathews added: “Nicole has many Skelton’s in her closet. Many. I have none in mine and will own every aspect of my life. Good and bad. She should stay out of matters that do not concern her.”

In the clip Polizzi posted on Friday, December 14, an emotional JWoww — who filed for divorce from Mathews in September — could be heard telling the police, “I don’t want to do that to him. He should be allowed to see them,” adding, “he’s not a bad dad.”

The post came just hours after Mathews — who shares 4-year-old daughter Meilani and 2-year-old son Greyson with Farley — took to Instagram alleging that the MTV star filed a restraining order against him after she “became completely, uncontrollably emotional” during an argument. 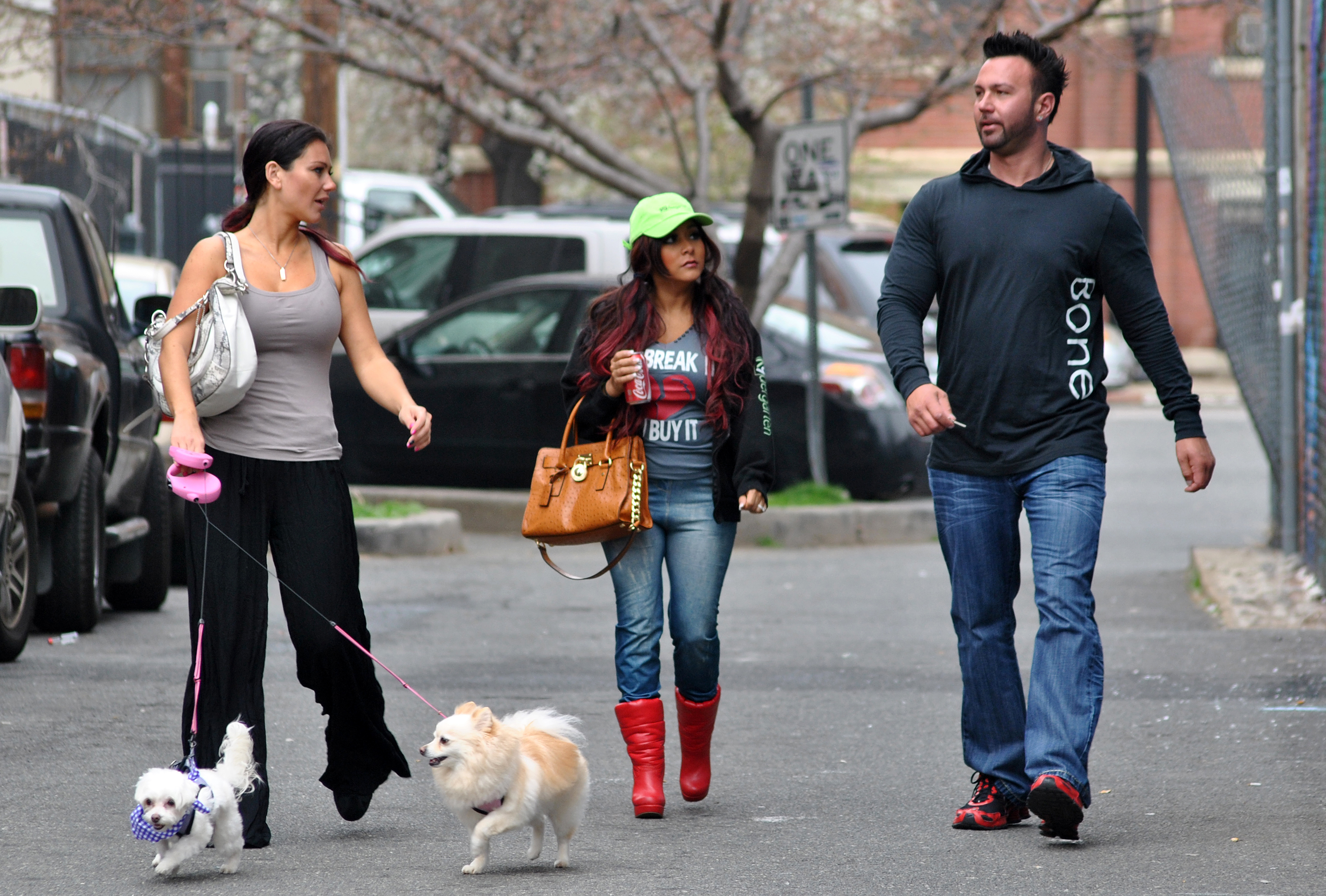 “My wife, earlier tonight, we had a disagreement because she’s leaving again tomorrow for work and promised my daughter that she would be hanging out with her all day, whereas my daughter has the flu. So I took umbrage to it, and a little bit of a disagreement I would say ensued,” he said in an Instagram video taken in the back of a police car. “She gets so emotional and irrational in her anger, this is the level she brings it to … I’m not allowed to be there for my children anymore because somebody else is so hate-filled that they would do that to the father of their children, to a great father to their children.”

Farley later took to Instagram to confirm that she was issued a temporary order of protection by a judge. A source tells Us Weekly that it wasn’t her intention to separate the children from their father.

“Jenni would never take her kids from Roger. The judge said Roger wasn’t allowed to see the kids and so Jenni went through extreme measures Friday to have someone get in front of a judge to make sure Roger could see the kids,” an insider told Us. “Within 24 hours, he was with his son.”

The insider added: “Meilani has flu type A. Kids die from type A. She’s not allowed to leave the house and the judge told Roger that Meilani has to be with her mother. Roger is not with his daughter because she’s sick as a dog, not because Jenni is keeping Roger from Meilani.”