Ronnie Corbett’s daughter Sophie has revealed how his family miss him so much they still can’t bear to part with his ashes.

They had planned to scatter them in Addington, Surrey, where he lived, and at their holiday home in Scotland.

But instead, she admits, that more than two years after his death from motor neurone disease, they are still on the sideboard in her mum’s lounge, where he can join in the family ritual of watching Strictly Come Dancing.

She says: “An old friend visited recently and said, ‘I can feel Ron is in the room’. Mum went, ‘He is. He’s over there!’ We’re happy with him there right now.”

Speaking before what would have been his 88th birthday on Tuesday, she says: “We all convene to watch Strictly, which Mum and I love.

"Sometimes my telly just switches on and the kitchen lights go on and off, and I think that might be Dad rather than poor wiring.” Sophie tells how she likes to wear her dad’s clothes, saying it makes her feels closer to him.

“They’re beautiful suits, all handmade with great material, and they work with a high-heeled shoe,” she says.

“I do a belt round the trousers and they look very cool.” She says: “I sent one delighted customer a jacket that used to belong to Dad because he was his No1 fan and ­really ­petite. He told me, ‘I could have been Ronnie’s body double.’”

The mum of two says her dad gave them the thumbs-up recently when her eldest son Dylan, 21, got into top drama school RADA.

“Dylan was upset that his ­grandfather didn’t know,” she says. “I said, ‘He knows, Dylan, I really believe he knows.’ Then I looked up and said, “Dad, give us a sign.’

“That evening at my mum’s, we put the TV on and there was Dad doing stand-up, and I went, ‘There you go. That’s him saying he knows.’” 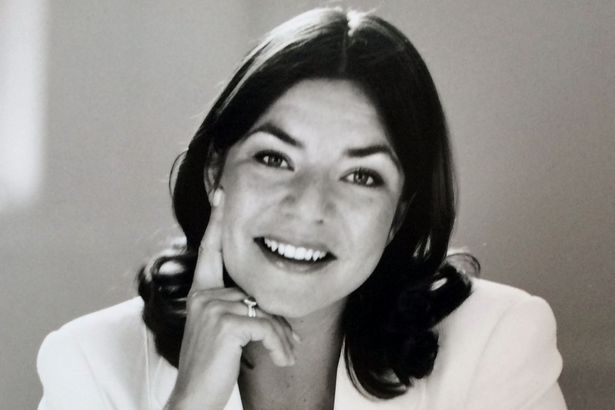 Unlike so many other celebrity ­partnerships, Ronnie’s marriage to Anne stood the test of time. They were together for almost 50 years.

Sophie confides: “Mum and Dad’s ­relationship was based on love and team work. I told Dad ‘I love you’ a lot, but Dad found it difficult to say it. Instead, Mum and Dad would say ‘ACR’, which stands for Ambrosia Creamed Rice, which they loved.”

Sophie is now hoping a stage show in honour of her dad will go ahead next December at The London Palladium.