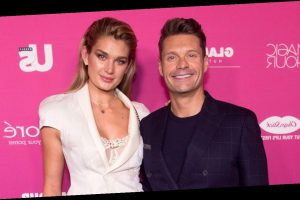 Shayna Taylor is a wellness influencer and entrepreneur who first rose to prominence through a career in modeling, but she was later introduced to a larger audience through her high-profile romance with ex-boyfriend Ryan Seacrest.

Taylor, 28, was first linked to the 45-year-old American Idol host in March 2013. The duo called it quits in December 2014 but rekindled their love in 2016. Though Us Weekly confirmed that they split for the second time in February 2019, the on-air personality hinted at their reconciliation that September.

Seacrest previously revealed exclusively to Us how the twosome spiced things up in their relationship. “We decided that we’re going to learn a few things — I call them pursuits — but we’re gonna learn a few things that are outside of work for me, right? ‘Cause I’m working all the time,” he said in September 2018. “Our first attempt is tango dancing. We’ve had two lessons.”

Us confirmed in June that the on-and-off pair had ended their romance for good after eight years. In a statement issued to Us, Seacret’s rep said that the former couple “decided to end their romantic relationship amicably some time ago.” The exes “remain good friends, each other’s biggest supporters and will always cherish their time together as a couple” despite their split.

As the breakup news surfaced, Seacrest was spotted out with a mystery woman during a Mexico getaway with pals. The New Mexico-born star, for her part, posted a quote to her Instagram Stories about being in a challenging relationship with a partner.

“You will never need to convince the right person to love you. No matter what, you cannot change them, make them do the work, or get them to commit to you if they’re not ready to show up,” the quote read.

Scroll through the gallery below to learn five things about Taylor.