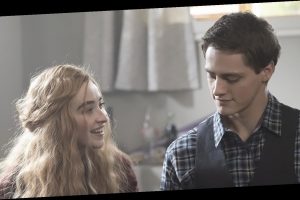 The cast of Clouds will be taking part in the upcoming Clouds: A Musical Celebration virtual concert!

Sabrina Carpenter and Fin Argus are of course among the lineup, along with OneRepublic, renforshort, and the real life Sammy Brown, who was Zach Sobiech‘s best friend and writing partner (Sabrina portrayed her in the movie).

The event will serve as a virtual musical tribute to the Disney+ original movie and Zach Sobiech’s legacy, and will stream live on Facebook.com/DisneyPlus on Saturday (October 24) at 2pm ET/11am PT.

Zach Sobiech‘s beautiful song “Clouds” reached number one on iTunes once again this past weekend, two days after the movie was released. This is the second time in seven years the song hit the top spot on iTunes. Check out the music video right here!

END_OF_DOCUMENT_TOKEN_TO_BE_REPLACED

END_OF_DOCUMENT_TOKEN_TO_BE_REPLACED
We and our partners use cookies on this site to improve our service, perform analytics, personalize advertising, measure advertising performance, and remember website preferences.Ok