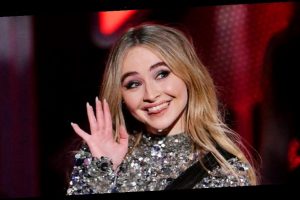 Sabrina Carpenter is heading back to Netflix for her next project.

The 21-year-old former Disney star and singer has inked a deal to produce and star in a modern day re-telling on Alice in Wonderland, called Alice.

According to The Hollywood Reporter, the movie will be a contemporary take on the classic Lewis Carroll story, and the modern-day musical will be set against the backdrop of a music festival called “Wonderland.”

More details about the project are being kept under wraps for the time being.

Sabrina will also be producing under her newly launched At Last Productions banner, alongside Leslie Morgenstein and Elysa Dutton with Alloy Entertainment.

Just recently, Sabrina starred in Work It, opposite Liza Koshy and Jordan Fisher. The movie is currently streaming on Netflix.

If you missed it, see what Sabrina admitted she didn’t actually do for Work It here…

END_OF_DOCUMENT_TOKEN_TO_BE_REPLACED

END_OF_DOCUMENT_TOKEN_TO_BE_REPLACED
We and our partners use cookies on this site to improve our service, perform analytics, personalize advertising, measure advertising performance, and remember website preferences.Ok