Sam Smith, Normani Sued For Copyright Infringement Over ‘Dancing With A Stranger’ 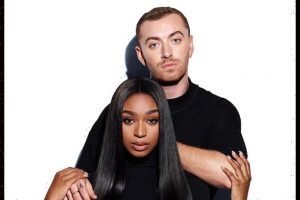 Sam Smith and Normani have been sued for copyright infringement over their 2019 hit “Dancing With A Stranger.”

“The hook/chorus in both songs—the most significant part and artistic aspect of these works—contains the lyrics ‘dancing with a stranger’ being sung over a nearly identical melody and musical composition,” the songwriters wrote in the complaint. “In both songs, the title, hook, chorus, lyrics, and musical composition are all the same—and are repeated throughout the song giving both songs their identities.”

“When the extraordinary musical similarity between the songs is also factored in, it becomes even more apparent that it is impossible that the infringing composition and sound recording were independently created,” the lawsuit claims.