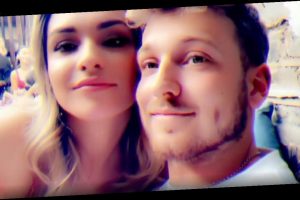 She publicly begged for her ex Sam Thompson’s forgiveness following revelations she’d been unfaithful – posting a montage of videos and photos of the pair together in happier times on her Instagram page.

But a source close to the Made In Chelsea star has told new! magazineZara McDermott’s attempts to make amends have fallen on deaf ears – with Sam telling pals he feels embarrassed and angry.

“Sam told Zara he needed some space to get his head straight. He wanted time to think everything through and, in all honesty, just found her public apology a bit embarrassing. It made him angry because he now thinks she’s just brought unwanted attention to their split again,” the source revealed.

Zara, 23, admitted to being unfaithful on a recent episode of Made In Chelsea, confessing to sleeping with another man last summer.

Alongside her apology video, she added the caption, “There aren’t enough words to describe how I feel about you. You are
my favourite person, my truest love. I made this video montage for you of our memories over these last few years.

"I want to create a million more memories like these throughout the rest of my life… with you. I am sorry our journey hasn’t been the easiest, and I am forever wishing I could find a way to turn back the clock.

"Remember… you are everything. You are my moon and all my stars and everything in between. I miss you. I love you more and more every day.”

But despite her efforts to win him back, another source revealed Sam wants to move on.

“Zara is still heartbroken and desperate to get back with Sam, but he’s not interested in the slightest,” we were told. “His ego was probably bruised by what’s happened and we doubt his pride will let him take her back.

“Zara is making a bit of a fool of herself. She’s not giving up – she really thinks she has a chance – but everyone in Sam’s circle knows it’s not going to happen and she’s fighting a losing battle.

"It’s a shame because on Zara’s side, some of her friends have begged her to move on. He’s never going to take her back – she needs to stop.”

When Zara posted the video, fans were confused when Sam's sister Louise Thompson sent her support to Zara McDermott.

Louise, 30, wrote underneath the video: "Oh darling!!!!! This just made me tear up," to which Zara responded to with a red love heart emoji.

Some fans were left hopeful that Louise's comment means the pair can work through their troubles, with one writing: "there is hope if you have his sister on side, I really hope these guys do get back together they just seem so perfect for each other!

"I feel like I'm checking daily for updates as I just want them to work things out."

A second added: "I'm with Lou made me proper tear up! Things happen, things go wrong and things get better. Always remember be it other people online commenting or the close people around you always being there to make things better.

"Times the healer we all need and makes the biggest difference in every situation good and bad [sic]."

However, others were left confused by Louise's stance, with one telling her to "pick a side."

END_OF_DOCUMENT_TOKEN_TO_BE_REPLACED

END_OF_DOCUMENT_TOKEN_TO_BE_REPLACED
We and our partners use cookies on this site to improve our service, perform analytics, personalize advertising, measure advertising performance, and remember website preferences.Ok