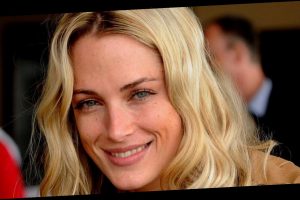 A new BBC documentary trailer about Oscar Pistorius failed to mention the name of Reeva Steenkamp, the woman he shot dead – and people are understandably furious.

In the early hours of Valentine’s Day 2013, South African model Reeva Steenkamp was shot dead by her boyfriend Oscar Pistorius, after he fired a 9mm handgun four times through the locked door of his bedroom toilet where she lay.

In the storm of controversy that followed the murder, Steenkamp’s name has often been sidelined. It’s an insult that was compounded recently when the BBC aired a trailer for a new documentary about the night in question.

The BBC press office tweeted about The Trials of Oscar Pistorius yesterday, in a caption that touted the series as “remarkable”.

But neither the trailer itself or the tweet mentioned Steenkamp at all, in a move that prompted a fierce backlash online as the hashtag #SayHerName rapidly picked up steam. Following a flood of complaints from domestic abuse survivors and campaigners, the BBC removed the trailer.

“We regret that the original trail did not refer to Reeva Steenkamp directly,” the corporation said in a statement. “We are aware of the upset it has caused, which was never the intention. We have removed the trail and it will be replaced by something more representative of the series, which examines in detail a number of complex issues connected to her murder.”

Among criticisms levied at the BBC’s messaging was the fact that it used the word “remarkable”: a clumsy reference that suggests domestic violence murders are rare when in reality two women a week are killed by a current or former partner in England and Wales alone.

The below response is from David Challen, a domestic violence campaigner who helped free his mother, Sally Challen, as her conviction for murdering his father was overturned in a landmark coercive control case.

While some people on the thread pointed out that the word “remarkable” was referring to the documentary itself, rather than what happened to Steenkamp, the accompanying blurb that said Pistorius “found himself” in a murder situation did nothing to calm the outcry.

But it’s not just the semantics alone, troubling as they are, that is so damaging in this narrative. It also amplifies a wider problem.

All too often, high-profile murder cases such as that involving Pistorius become sensationalised: the perpetrator (usually a man) inadvertently takes on a starring role in media coverage, as all angles of his story are poured over.

Meanwhile the voice of the victim (usually a woman) is washed away: left behind in the onslaught of frenzied speculation.

This is exactly what happened to Steenkamp: a whirlwind of global media coverage focused overwhelmingly on the motives and perspective of Pistorius, who is currently serving a 13-year jail term in South Africa for her murder. Did the Paralympic athlete really believe Steenkamp was an intruder, as he claimed? What would become of his career as a record-making double amputee?

Amid this outpouring of scrutiny, the story of Steenkamp, the model and law graduate whose life was brutally cut short, was left behind (save for the odd gratuitous tabloid photo that further minimised her legacy). So it’s little wonder that this latest example of victim blankout by the BBC has sparked outrage.

Steenkamp was a victim of violence, but she was so much more than that too. Her loved ones – including her close friend, make-up artist Gina Myers (below) – remember Steenkamp as an ambitious model and TV presenter. She cared deeply for those around her and hoped to used her platform as a vocal advocate for domestic violence victims to build a career in law.

It’s time that we start honouring Steenkamp and other murder victims whose names have often been bypassed – including Meredith Kercher, Hae Min Lee and Teresa Halbach – as the multifaceted women that they were.

Their voices and lives deserve to be remembered far beyond how they lost them, or who was responsible for it.