Home » Celebrities » Scobie: There is virtually no ‘royal protocol’ when it comes to clothes or contact

Scobie: There is virtually no ‘royal protocol’ when it comes to clothes or contact 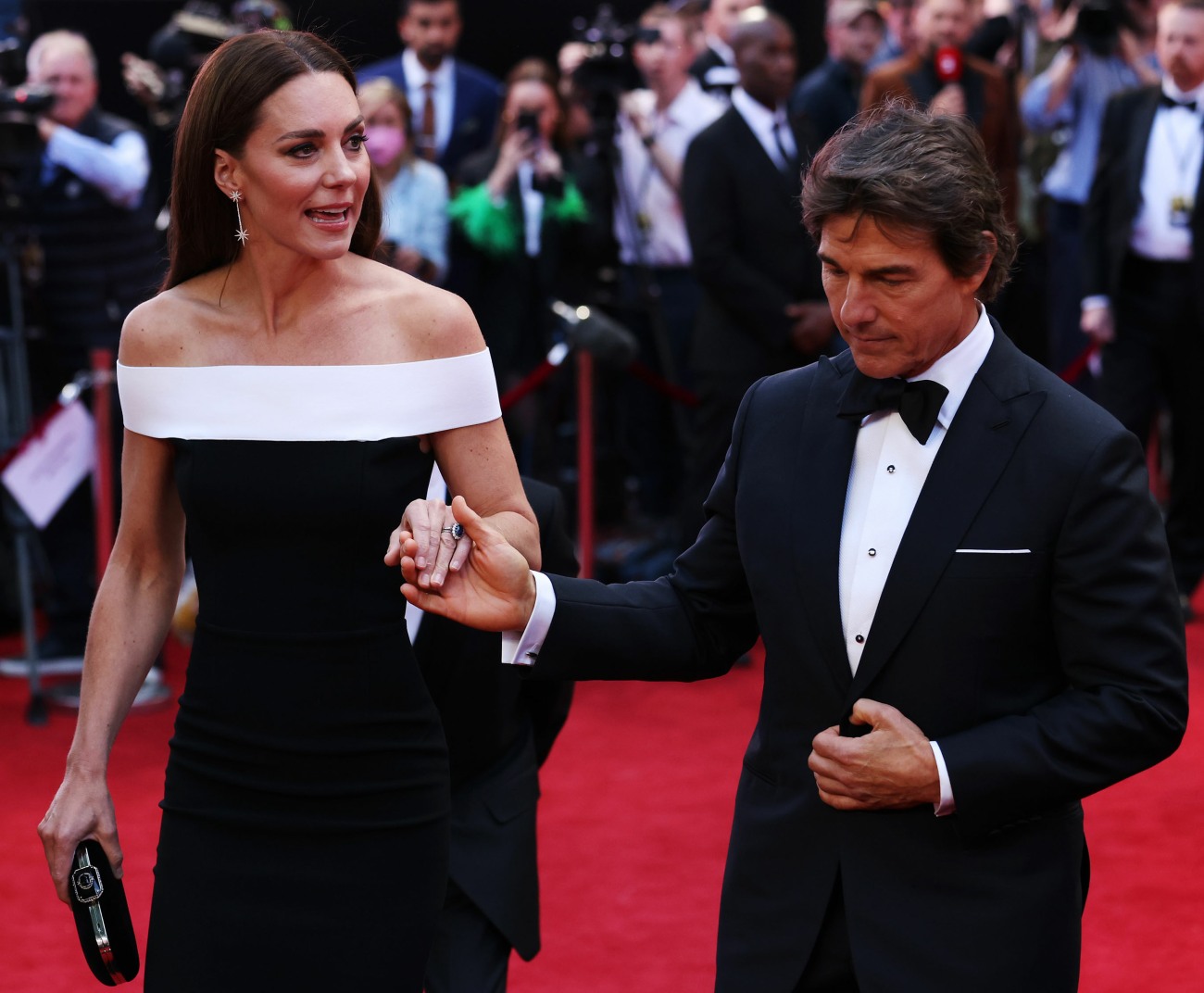 Omid Scobie’s latest Yahoo News UK column is “The truth about ‘royal protocol’ and why it’s a load of nonsense.” Apparently, Scobie was told by Kensington Palace employees years ago that there is “no royal protocol” when it comes to clothing or style, only common sense. Which is funny, because pearl-clutching nitpickers are STILL complaining about the Duchess of Sussex going hatless during her first engagement with the Queen. There’s also no set-in-stone rule for “touching” a royal, like Tom Cruise offering his hand to the Duchess of Cambridge as she made her way up some stairs at the Top Gun: Maverick premiere. From Scobie’s column:

The Tom Cruise thing: “Tom Cruise BROKE royal etiquette,” screamed a British tabloid. “Touchy-feely US stars can’t keep their hands off our royals!” ranted another. Even usually tame outlets played into the drama, with one glossy claiming, “Kate was aware of the protocol, as after Tom released her, she moved her bag into the hand that he had been holding, so he couldn’t take it again.” Oh boy.

Kate’s Marilyn Moments: During my earlier days covering the royals, I remember encountering stories about Kate having weights sewn into her hemline to avoid wardrobe snafus. There had been a few unfortunate slip-ups in 2011-2013 and, now finally complying with royal etiquette rules, the duchess was taking action. Or so I thought. “Omid,” said a Kensington Palace aide, rolling his eyes after I asked about the story. “If I had a [British] pound every time someone falsely claimed there was a protocol breach, I’d be a very rich man.” Turns out, there’s virtually no protocol when it comes to clothing. “Only common sense,” the then spokesman said.

The LeBron James moment: Basketball legend LeBron James was also targeted by the protocol police in 2014 when the Cambridges visited the Barclays Center in New York. “The shocking moment sweaty basketball star LeBron James breached protocol,” wrote an appalled newspaper. “It’s an American being too touchy feely and he shouldn’t have done it,” an etiquette expert told the royal-friendly outlet. (I was actually with the couple for part of the engagement and, as one of their staff told me at the time, “No one cares about that. Everyone had a great time.”).

Meghan’s protocol: But the most famous offender is actually a member of the Royal Family (a woman with a “flagrant disregard for convention”, per one permanently moody British publication). A quick Google search throws up over 380,000 pages about Meghan Markle breaking royal protocol during her time as a working member of ‘the Firm’. Whether it was her nail polish colour, choice of tights (or, gasp, no tights), the way she curtsied, her choice of make-up, the cut of her clothes, crossing her legs while sitting, her choice of words, the social issues she discussed… a day didn’t go by without an article about the duchess’ many breaches.

The protocol police’s true mission: …The culmination of reported violations helped sections of the media successfully depict the character of a newly minted duchess being a difficult and rebellious American who refused to follow the rules or respect the royal establishment. More dangerously, stories about protocol breaches can (be it purposefully or not) contribute to sexist, classist or racist stereotypes. The inconsistency of charges (an off-the-shoulder dress being a rule-breaker for the half-Black royal, but something to celebrate on another) reveal all kinds of worrying bias. A simple look at the list of protocol offenders, and you’d be forgiven for thinking that some of these accusations are simply reserved for those that might be deemed not worthy enough of being in the presence of royalty.

What’s interesting – and Scobie doesn’t underline this point – is that for years, he was clearly being told by Buckingham Palace and Kensington Palace that there is no “protocol” to break when it comes to Kate’s billowy skirts or the Queen putting her hand on Michelle Obama first and MO responding. But suddenly those same palace aides were quiet as the grave when it came to Meghan. Because those palace aides *wanted* the stories out there, stories about Meghan’s “disrespectful” lack of protocol, stories about Meghan not being able to “fit in,” Meghan’s dangerous individualism and Americanism, etc. Regarding the Tom Cruise stuff… the protocol police were so dumb about it, it’s not like Tom grabbed Kate without consent. He literally offered her a hand and she took it. Her own husband wasn’t going to offer to help her up the stairs. 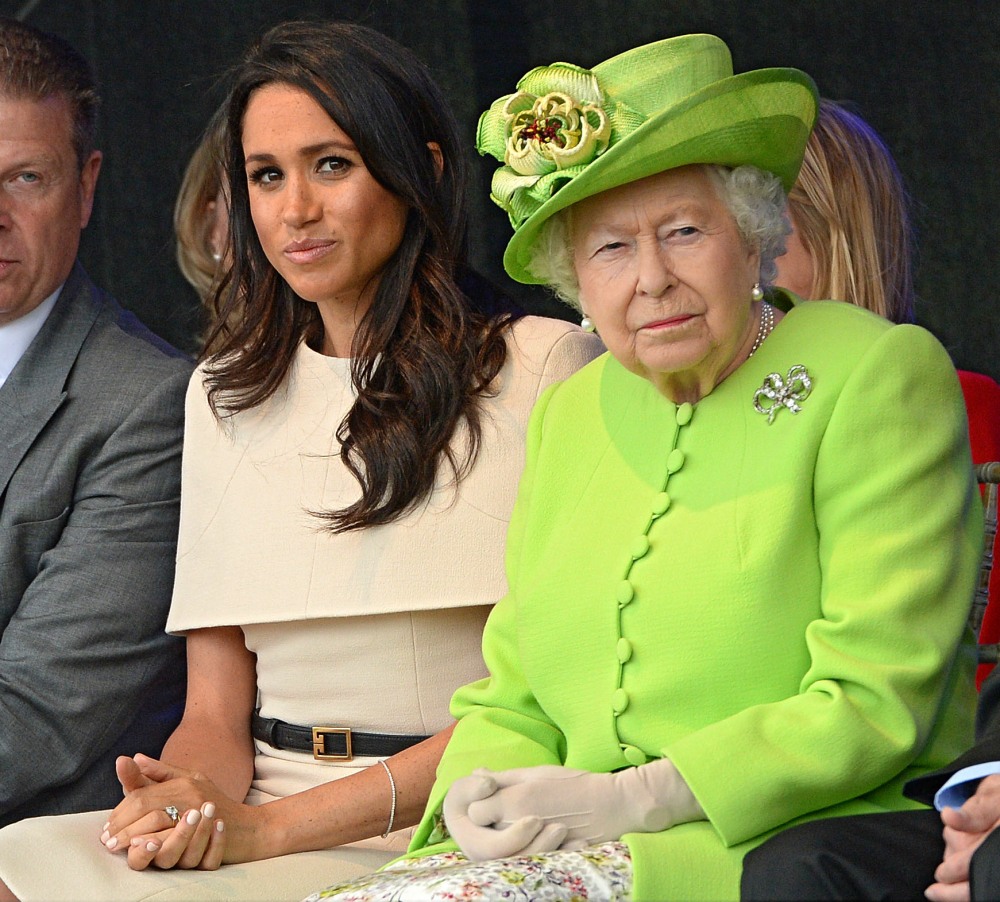 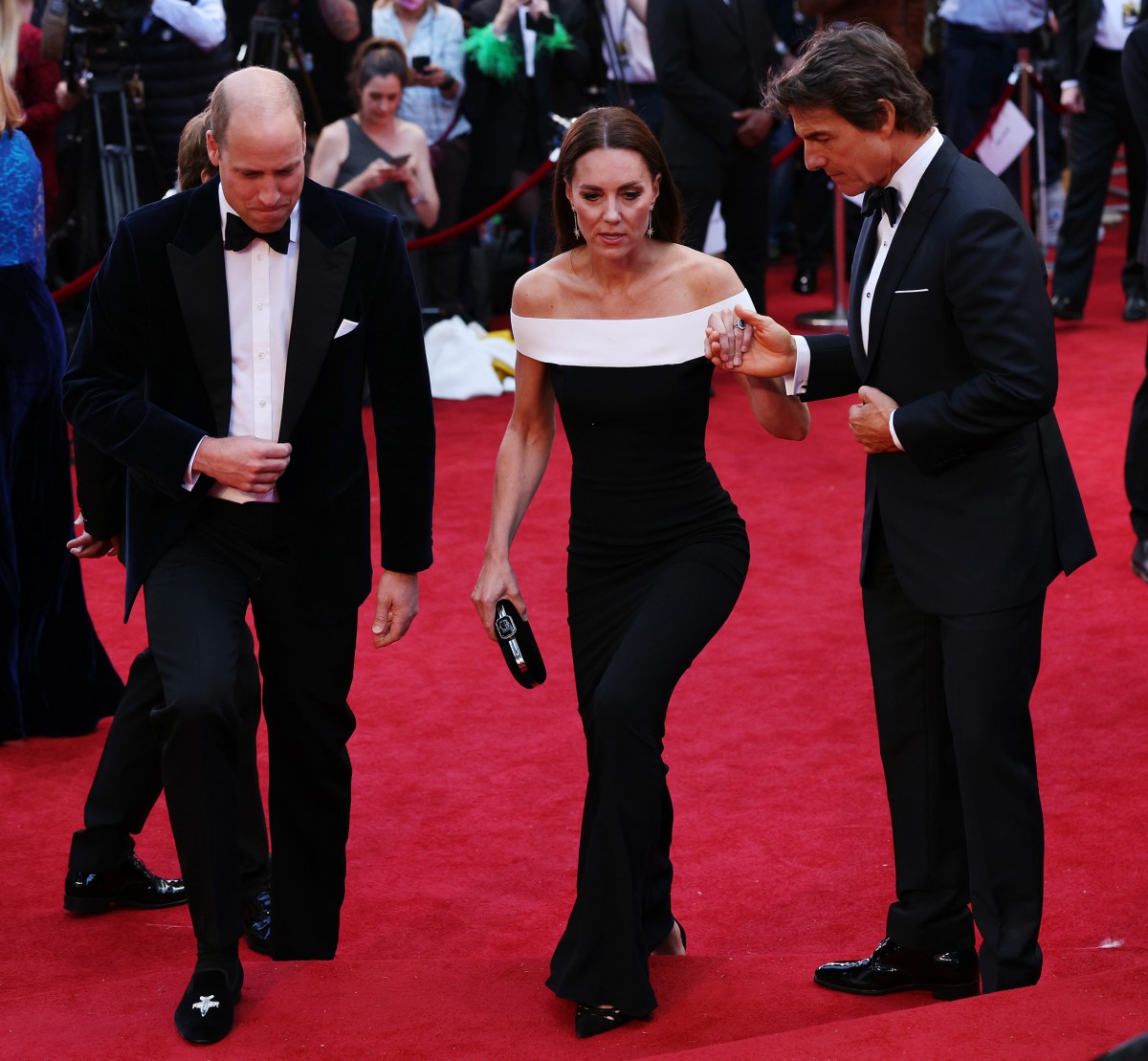