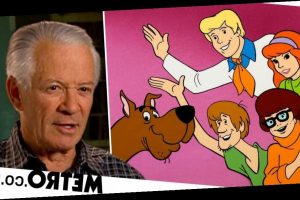 Ken Spears, the co-creator of Scooby-Doo has died at the age of 82, from complications related to Lewy body dementia.

Spears co-founded Ruby-Spears Productions and created the much-loved character alongside Joe Ruby, who died In August,

The TV writer and producer’s son, Kevin Spears, told Variety: ‘Ken will forever be remembered for his wit, his story-telling, his loyalty to family, and his strong work ethic.

‘Ken has not only made a lasting impression on his family, but he has touched the lives of many as co-creator of Scooby-Doo.

‘Ken has been a role model for us throughout his life and he will continue to live on in our hearts.’

Spears, who died on Friday, had joined Hanna-Barbera Productions in 1959 as a sound editor where he met Joe Ruby and struck up a writing partnership.

The pair created the original animated series Scooby-Doo, Where Are You! that ran from 1969 until 1970, which later spawned several films and 50 years of stories.

The adventure series followed the cowardly Great Dane, Scooby-Doo, who helped solve spooky mysteries alongside his sidekick Shaggy and their teenage pals Daphne, Velma and Fred.

Ruby-Spears Productions, which they founded in 1977, produced several animated series including Superman, Alvin and the Chipmunks and Thundarr the Barbarian.

Warner Bros Animation and Cartoon Network Studios president Sam Register said in a statement: ‘Warner Bros. Animation is saddened to learn of the passing of Ken Spears and we send our warmest thoughts to his loved ones.

‘He was a true innovator in the industry whose gifts of humour and storytelling continue to delight audiences.

‘You cannot find a screen in the world that has not played a version of Scooby-Doo. We continue to be inspired by his work at Warner Bros. Animation and are honoured to carry on the legacy of his beloved characters.’

MORE : James Gunn wanted Velma to be ‘explicitly gay’ in Scooby-Doo film but the studio ‘kept watering it down’

END_OF_DOCUMENT_TOKEN_TO_BE_REPLACED

END_OF_DOCUMENT_TOKEN_TO_BE_REPLACED
We and our partners use cookies on this site to improve our service, perform analytics, personalize advertising, measure advertising performance, and remember website preferences.Ok