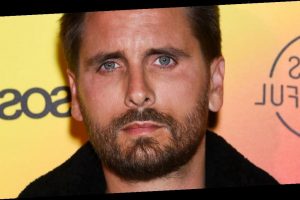 Scott Disick has broken his silence after sliding into Megan Barton Hanson’s DMs to demand an apology to Eyal Booker for her "disrespectful" behaviour towards him.

Taking to Instagram Stories, Scott, 37, shared a hilarious TikTok video which poked fun at his messages to the Love Island star and wrote alongside: “Thanks for understanding.”

She said: “Y’all I’m in tears. I just went on to Twitter and I’ve just seen that Scott Disick messaged Megan from Love Island. When I tell you I’m howling.

“This is the type of content I’m on social media for because look how funny this is.”

Sarel then went on to post a screen grab of the messages and added: “Scott Disick is literally the gift that just keeps on giving.”

She wrote alongside: "It's not often I'm left speechless but.. sorry!? What have I just read? Genuinely a little concerned about Scott tho.”

In the messages, the Keeping Up With The Kardashians star says: "Hey I recently saw your program love island. I had a few questions for you about it. Let me know when your around to speak about it."

Megan responded: "Hey you… what do you wanna know X."

Scott went on to explain he had recently met Eyal, and after going back to watch his series of Love Island, he was left “astonished” by Megan's treatment of him.

“I was recently introduced to a beautiful man, named eyal. when I went to see what he's done on tv, i was astonished by your behaviour,” he said.

“To find you mugging him off, and taking full advantage of his unbelievably beautiful sense of humor, and vulnerability.

“I'm extremely disturbed that anybody could be so disrespectful to somebody for no good reason. I would like to know if you'd be willing to write him an apology.”

He added: “The fact that you told him he wasn't funny – when in fact, you are not jim carey is absurd.”

Megan met Eyal, 25, on the ITV2 dating show in 2018. Scott’s comments came days after he seemed to confirm his romance with Amelia Hamlin, 19, the younger sister of Eyal's girlfriend Delilah Belle, 21.

His rumoured new relationship with Amelia comes after his split from Sofia Richie, 22, who he dated for three years.

END_OF_DOCUMENT_TOKEN_TO_BE_REPLACED

END_OF_DOCUMENT_TOKEN_TO_BE_REPLACED
We and our partners use cookies on this site to improve our service, perform analytics, personalize advertising, measure advertising performance, and remember website preferences.Ok