Home » Celebrities » Selena Gomez, Justin Bieber, and Hailey Baldwin Are All "Tired of the Selena vs. Hailey Narrative"

Selena Gomez, Justin Bieber, and Hailey Baldwin Are All "Tired of the Selena vs. Hailey Narrative" 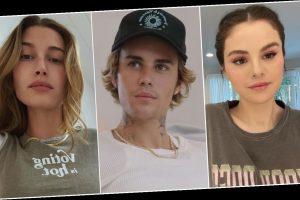 Last week, Justin Bieber and Hailey Baldwin spoke out about a Bieber fan who was encouraging her followers to troll Hailey’s Instagram Live with comments about “how Selena [Gomez] is better.”

And honestly, it’s not just Justin and Hailey who are sick of this drama. Selena is right there with them, according to a source who told Entertainment Tonight that “Selena, Justin and Hailey are all tired of the Selena vs. Hailey narrative at this point. It’s exhausting for everyone and they just want people to move on so they can move on too and not focus on any further negativity or past situations.”

Meanwhile, Justin previously told fans: “This sad excuse of a human just encouraged people on video to literally go after my wife, telling people to say that my previous relationship was better so on and so forth. I just wanted to share this so that people get an idea of what we face on a day to day. It is extremely hard to choose to take the high road when I see people like this try and rally to gather people to bully the person I love the most in this world.” 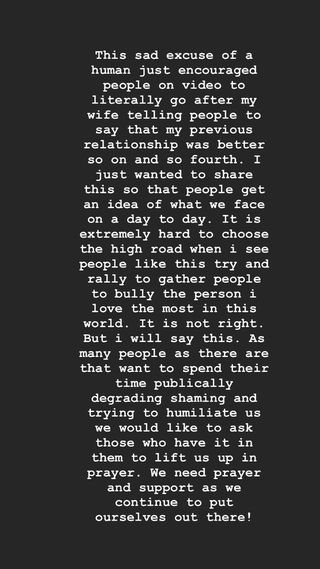 It’s clear that Justin and Selena have both moved on from “Jelena”—and as a reminder, Selena’s recently been linked to NBA player Jimmy Butler! (Though FYI, ET says “she is keeping her options open in terms of guys,” and “not rushing into anything whatsoever.”)

END_OF_DOCUMENT_TOKEN_TO_BE_REPLACED

END_OF_DOCUMENT_TOKEN_TO_BE_REPLACED
We and our partners use cookies on this site to improve our service, perform analytics, personalize advertising, measure advertising performance, and remember website preferences.Ok