Sex And The City Fans' Minds BLOWN By Photo Of Sarah Jessica Parker & Cynthia Nixon Together In 1982 – Right As NEW Set Pics Drop! 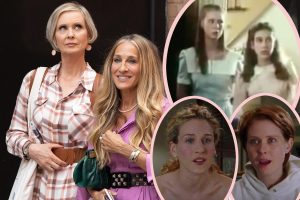 If you think fans are excited about the future of Sex And The City, just wait until you see how they’re reacting to the past!

No, we don’t just mean getting nostalgic with a rewatch of the original series on HBO Max — we’re talking about way before even Season One. Huh??

Yep, rewind even from 1998 all the way back to 1982, when Sarah Jessica Parker and Cynthia Nixon co-starred as teen actresses in a made-for-TV movie (those were a huge deal back then bc there were only like three channels, so everyone watched them)! Not only that, the future SATC stars played daughters of the legendary Vanessa Redgrave, in My Body, My Child — a very controversial family drama about abortion — which means Carrie Bradshaw and Miranda Hobbes are basically SISTERS! It’s practically canon. How wild is that!

The fantastic EveryOutfitOnSATC page on Instagram shared a throwback photo from the film on Sunday, writing:

“Be nice to your colleagues, people. You may still be working with them 39 years later…⁣”

A post shared by Every Outfit on Sex & the City (@everyoutfitonsatc)

Which of course led to tons of fans who’d never heard this particular fun fact dropping their jaws on the floor! Some of the best comments from the mostly speechless fanbase included:

“This has literally blown my mind”

The Cut actually shared the pic on their IG earlier that day, inspiring EveryOutfit. And Miranda herself saw it — and dropped another bomb! They actually acted together even earlier than that!

“Good morning! @sarahjessicaparker has been one of my favorite acting partners for more than 40 years! We are here at 13 and 14 playing Vanessa Redgrave’s daughters in a TV movie called My Body My Child, but we met even earlier recording Little House in the Big Woods on vinyl! (She was Laura, I was Mary) Anyone out there have a copy of the record or a photo of the recording session? I wish I did!”

Obviously this isn’t the first time for ALL SATC fans, we’re sure the trivia has been blowing minds for decades now. However, it is particularly moving this week. Why?

Well, because we’re starting to get our first looks at SJP, Cynthia, and the rest of the cast (minus Kim Cattrall obviously) as they reprise their most iconic roles on the set of the revival, And Just Like That… And the time that’s passed since the show ended is even longer than the gap between that TV movie and the first season of the original show!

Now THAT is mind-blowing!

Ch-ch-check out some of the set pics (below)! 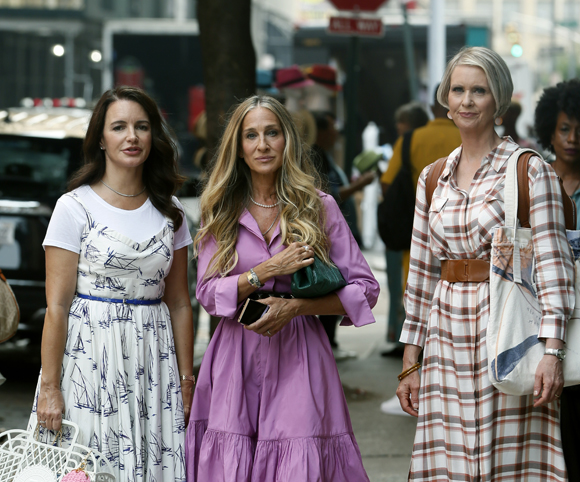 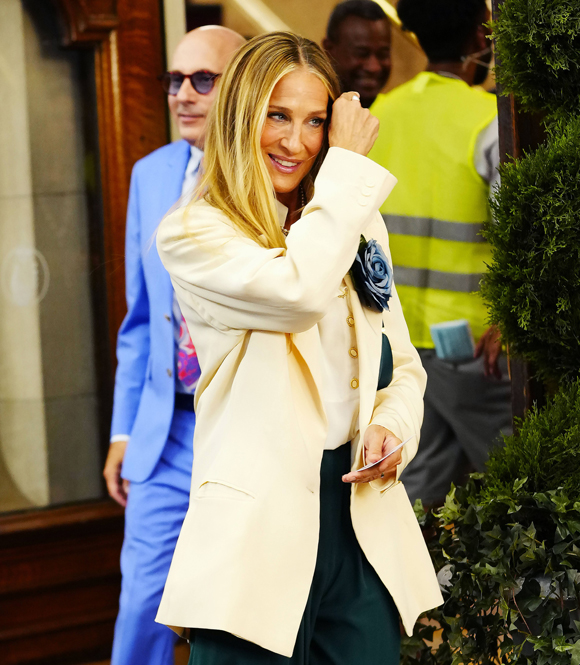 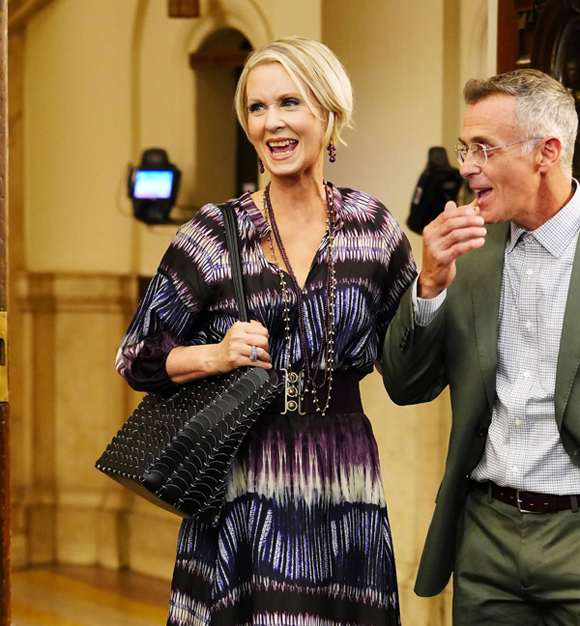 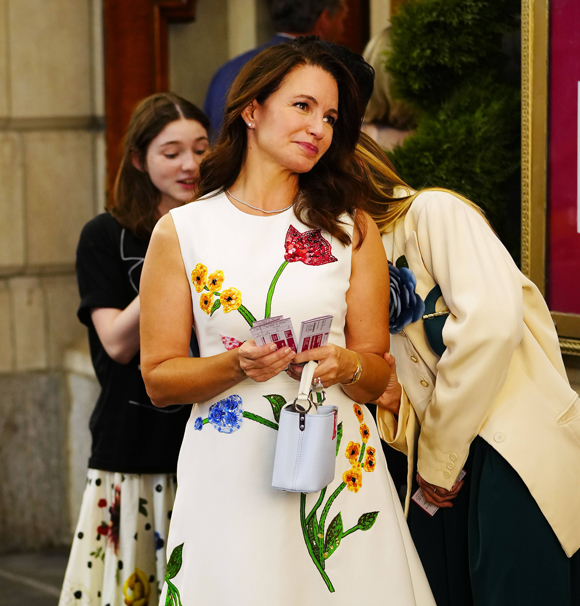 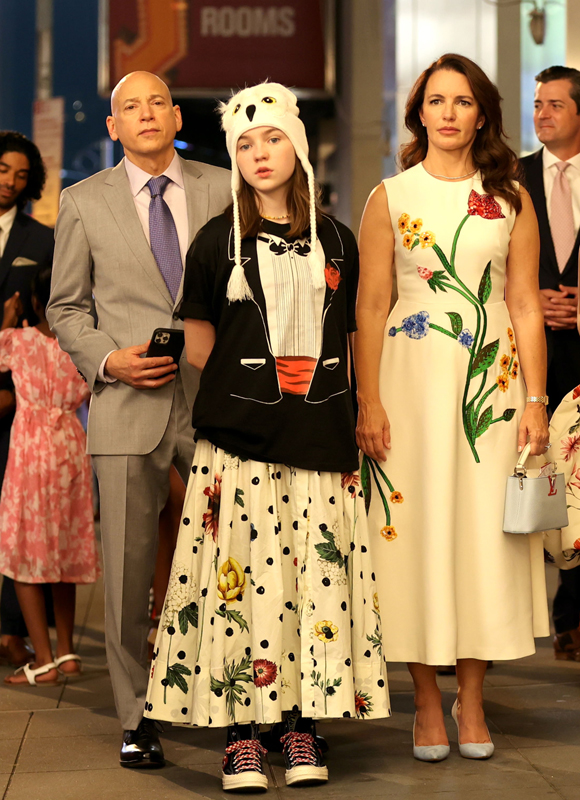 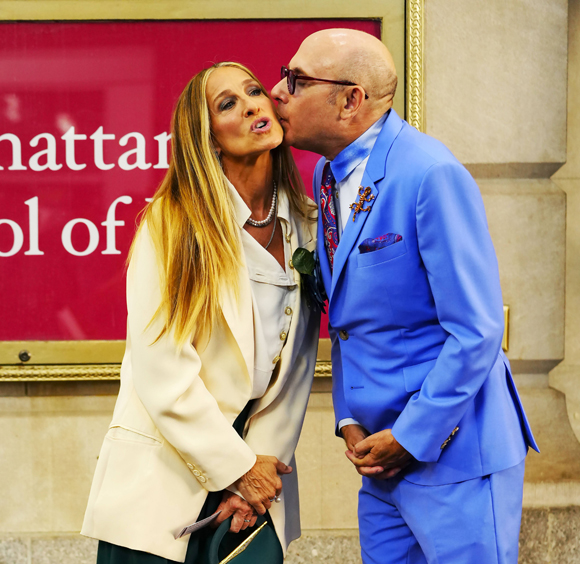 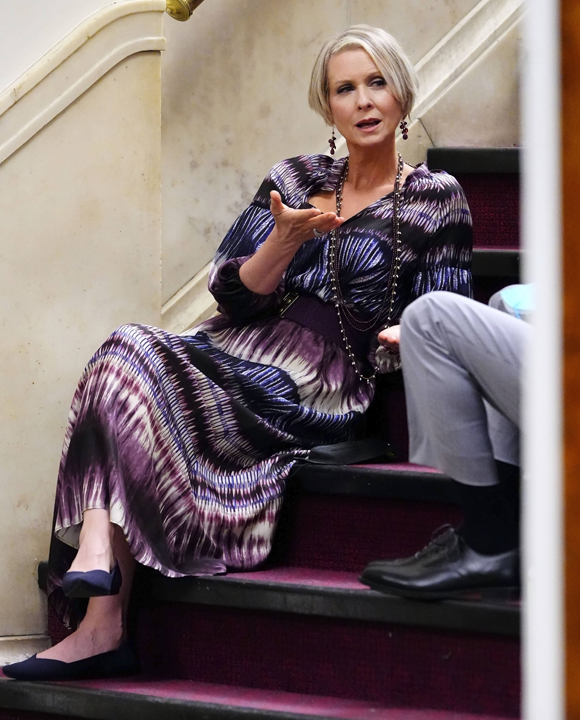 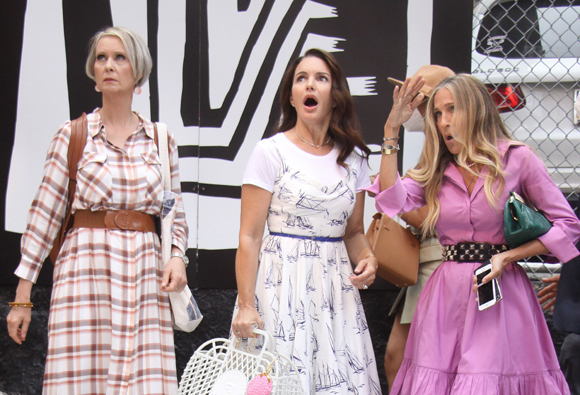 Is YOUR mind blown seeing these pics from then and now all together??