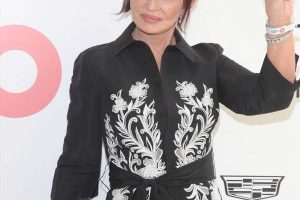 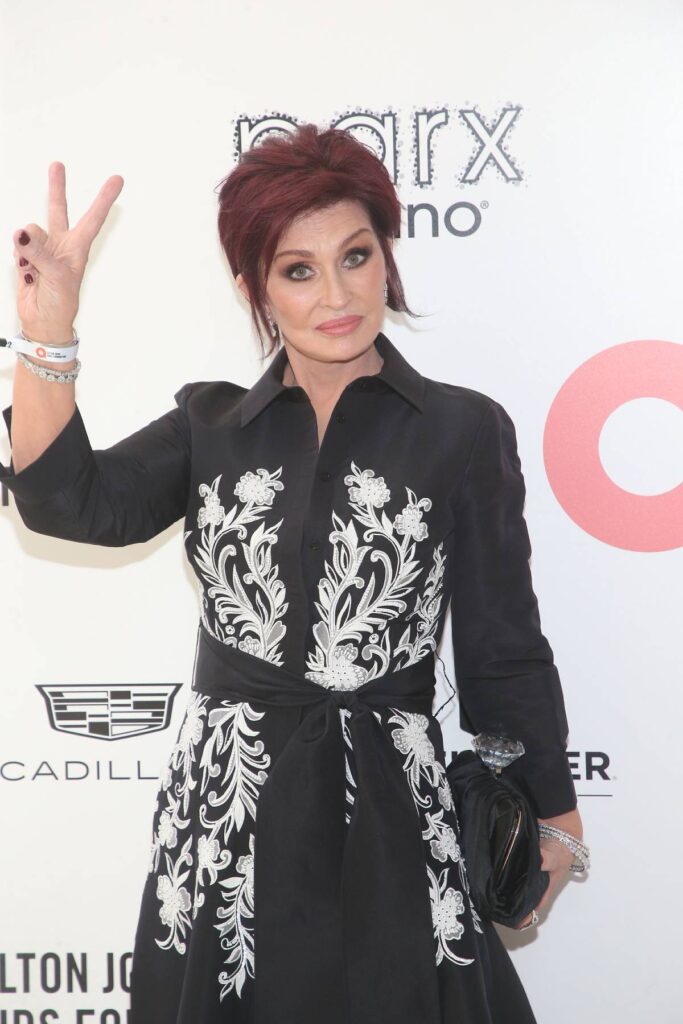 Sharon Osbourne covered Queen Elizabeth II funeral for England’s version of The Talk, on which she is a panelist. I didn’t realize that Sharon was employed again. She and husband Ozzy moved back to England supposedly because they didn’t like the violence in America, which is a perfectly valid reason to leave. But I think they actually moved back because Sharon keeps getting asked to leave her jobs after she shoots her mouth off. But as Oya predicted, she had no trouble getting hired in Ol’ Blighty. And at the same show that fired her. For those who forgot, Sharon was fired for racist comments and then wouldn’t shut up when everyone said, ‘hey, could you stop being racist?’ So back to the funeral…

Sharon was glued to the television the whole day. We’re supposed to be impressed with that, but she was getting paid for it so, I’m not. She loved it, too. The corgis and Emma the pony made her cry. You know who else made her cry? Prince Harry. Being back in England where he belongs. Beside his brother and father. That’s what she said, shouting all those names she left out. The problem is, no one asked her.

Sharon Osbourne was glued to the screen for Queen Elizabeth II’s funeral.

The Osbournes matriarch, who was in England for the country’s historic event, tells Yahoo Entertainment she got emotional watching the funeral and processions. Seeing Prince Harry back in England for it left her affected as well.

“It was a magnificent funeral, wasn’t it?” Osbourne says of Monday’s final farewell.

And while it was grand — and people lined the streets to catch a glimpse of the procession — the small, thoughtful details, like the queens’s corgis and horse waiting for her casket at Windsor Castle made for tear-jerking moments. “Oh, God was it ever,” she agreed.

Osbourne — who gave commentary to Fox News during the funeral broadcast, one of several gigs she’s juggling in addition to being the topic of new Fox Nation documentary out next week — says seeing Prince Harry and Meghan Markle back with the royal family for the funeral and for the events leading up to it made her emotional too, but in a different way.

“I felt really, really sad for Harry when he came back,” she admits. “And I felt sad, sad for the country because it’s — it’s where he belongs. To see him walking with his father and his brother, I just felt very, very sad.”

Though she’s hopeful the face-time between the royals — estranged since Harry and Meghan stepped down as senior royals, alleging they were mistreated by “the firm,” and moved to California — could lead to a reconciliation.

None of us are shocked by Sharon’s glaring omission of Duchess Meghan or Prince Archie and Princess Lili in who Harry needs by his side. Sharon’s racist petticoat is always showing under her skirt. This pitying Harry angle is new, but I guess in keeping with the whole mourning vibe of the funeral. Maybe she and buddy Piers Morgan called each other and decided who got which terrible talking points.

There were many reasons to feel sad for Harry and Meghan, but none of them were provided by Sharon. You’d think someone whose own family acknowledges it’s best to stay the f**k away from each other would get this. But no one is ever going to accuse Sharon of being perceptive. I guess those who want to see Sharon’s ignorance in full force will get their chance on Monday when her Fox Nation documentary airs. It’s called Sharon Osbourne: To Hell & Back. It’s where she belongs.