Sharon Stone’s Surgeon Gave Her Boob Job Without Her Consent 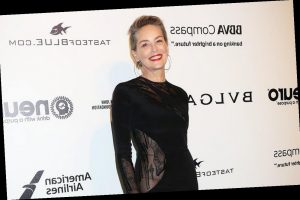 The ‘Basic Instinct’ actress reveals her surgeon performed a breast enhancement surgery on her without asking for her opinion when she went under the knife to remove tumor.

AceShowbiz -Actress Sharon Stone woke up from tumour removal surgery in 2001 with a bigger bust – even though she didn’t consent to the cosmetic enhancement.

The “Basic Instinct” star claims the surgeon who performed the operation to take out her benign tumours took it upon himself to boost her breast size, simply because he thought it better suited her.

Speaking to Britain’s The Times newspaper, she explained, “When I was un-bandaged, I discovered that I had a full cup-size bigger breasts, ones that he said, ‘go better with your hip size.’ “

“He had changed my body without my knowledge or consent… He thought that I would look better with bigger, better boobs.”

Stone did not name the medic in question, or reveal if she had taken any action against the surgeon following the unauthorised operation.

Besides battling tumor, the actress also had massive strokes that almost cost her life in 2001. She recalled what happened in the hospital during her life-threatening health issue. “The room was so silent,” she recounted in a separate interview. “When the room is so silent and no one’s running around trying to fix you, that’s when you realize how near death is and how serious everything is.”

“I found out that I wasn’t the only one who’d had this kind of experience. It’s so profound,” she said. “We’re here to learn our lessons. I hope that I was humble and available to my lesson because I don’t wanna do it again.”