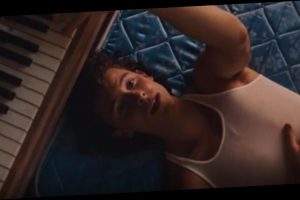 Shawn Mendes is kicking off his fourth album era!

The 22-year-old singer first teased fans by sharing the word “Wonder” before dropping a video about it.

Also in the video, you can see a newspaper headline that says, “Famous Musician Gone Missing,” AND there’s a stack of books which seem to reveal other song titles on the album, including “What If I Fall,” “Shadows,” and “Teach Me How To Love.”

Shawn also included a set list, with a bunch of song titles, some are songs that have been released and some are seemingly new, with a special guest as well!

One fan pointed out that if you text the phone number on the set list, it gives you the next steps for “Wonder,” and takes you to Shawn‘s Community page.

END_OF_DOCUMENT_TOKEN_TO_BE_REPLACED

END_OF_DOCUMENT_TOKEN_TO_BE_REPLACED
We and our partners use cookies on this site to improve our service, perform analytics, personalize advertising, measure advertising performance, and remember website preferences.Ok