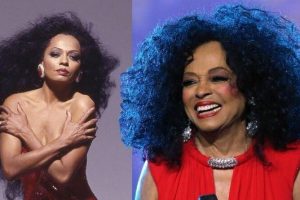 CeCe Sammy-Lightfoot, 44, has made a huge name for herself in vocal coaching working on the likes of The Voice UK, Pop Idol, American Idol and America’s Got Talent. CeCe has spoken exclusively to Express.co.uk about the “soft spot” she has for Diana Ross, and how she helped shape her career.

I do have a soft spot for Diana.

Prior to her coaching career, CeCe was a backing singer touring with Diana Ross when she was only 17.

Speaking to Express.co.uk, she said: “I do have a soft spot for Diana Ross because that was my first job in the industry.

“I watched her from the minute she walked in.

“I remember the first time I actually saw her and she walked in and had no make up but she had this beautiful coat on.

“She had her shoulders back in that confidence, which I use now to coach people.”

CeCe continued: “She always spoke to everyone, I was so young.

“She didn’t need to come directly to me constantly but she did.

“From watching Diana in action I wanted to know more about the voice.”

Diana rose to fame as the lead singer of the vocal group The Supremes, leaving the group in the 1970s to launch a successful solo career.

Her biggest hits include Ain’t No Mountain High Enough, Everything is Everything and Endless Love to name a few.

CeCe is currently promoting her latest venture Hack Your Voice, which is a set of online masterclasses where she teaches viewers how to train their voice.

Speaking about the project, she said: “Our voices are so important as they are one of our most important tools that we’ve got.

“I got the idea during lockdown as I spoke to a lot of other people in the industry as well as people from universities and secondary schools where they were saying that they find it really hard to relate to people when they’re not seeing them.

“I had a full ruptured brain aneurysm four months after I had my daughter, and I could not speak or work.

“So I had to learn to speak again and it was the exercises that were so important.”

She continued: “That is why I am very passionate about our voices in all areas of life.

“It’s not that I am doing something new.

“I’m just sort of digging into it so that we sort of really become more aware of the importance of our voices.”

‘Hack Your Voice’ is a series of online Masterclasses, teaching us to train our voice effectively, for success in different situations. Whether that be for impressing someone on a first date or standing out in a job interview, there is a Masterclass to help. CeCe acknowledges that we take our voice for granted and that we must always put it front and centre, as it’s one of our most important communication tools! www.cecesammylightfoot.com