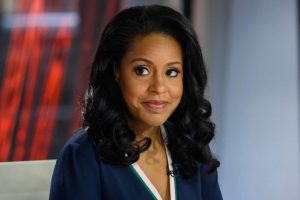 Sheinelle Jones has proved just how close the Today co-stars are off air in a heartfelt tribute to her former colleague.

The journalist took to Instagram on Friday to share a special message to her good friend Natalie Morales, after she returned to the NBC show to reunite with her Today co-stars.

Natalie had announced she was leaving Today to start a new job on The Talk last month, and has been very much missed by her work friends.

Sheinelle shared several photos of them together over the years, alongside the message: “Just wanted to take a moment to publicly say how much I have always ADORED @nataliemoralestv.

“Long before she knew I existed, I admired her from afar. Natalie is starting a new chapter after 22 years at NBC. She is beautiful and talented… and so sincere in her friendship. Love you Natalie!!!!”

Sheinelle’s followers were quick to comment on the post, with one writing: “Such a lovely post,” while another wrote: “So beautiful and well spoken.” A third added: “Beautiful ladies! Congratulations Natalie on your new adventure!”

Sheinelle wasn’t the only one who was delighted to see Natalie again on Friday, as Al Roker and Savannah Guthrie also paid tribute to her on their respective social media accounts.

The TV star announced in October that she would be joining The Talk, after over a decade working with NBC.

The 49-year-old confirmed to the broadcasting giant that she was leaving them to pursue a “new adventure”.

Sheinelle is great friends with her Today co-stars

Natalie’s first day on The Talk commenced on 11 October and she has been a hit with viewers ever since, working alongside Akbar Gbajabiamila, Amanda Kloots, Jerry O’Connell and Sheryl Underwood.

Natalie said of her new gig at the time: “It’s an extraordinary opportunity to be joining this team at THE TALK. I love the new energy and direction and couldn’t be more excited to join Sheryl, Amanda, Jerry and Akbar. I’m looking forward to many good times while talking about the days’ topics, and I can’t wait to get going.”