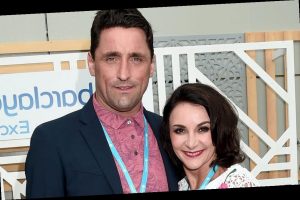 Shirley Ballas has made sure she isn’t lonely on the road during the Strictly Come Dancing Live Tour. The head judge was joined by her boyfriend Daniel Taylor in Birmingham over the weekend, and the couple treated themselves to a rather unusual date during their downtime. The couple visited the city’s National Sea Life Centre where they enjoyed some time quality time with a waddle of penguins. Shirley and Daniel got the chance to get up close to 18 cheeky Gentoo penguins and take part in one of the daily feeds. They also spoke with the centre’s marine biologists about the work they do to support projects making a difference to the oceans and marine life around the world.

Daniel appeared to be particularly enthralled with the couple’s date night companions. Sharing a series of images of him and Shirley feeding the penguins, he wrote on Instagram: “All with their own and very unique personalities we made some amazing new pals down at National Sea Life Centre in Birmingham today. The work they do here and abroad for the conservation of the incredible animals that live In our streams, rivers and oceans is incredible. Thank you to everyone that made today soooo special and one that I and @shirleyballas will never forget xxxx love Danny.”

Shirley and Danny enjoyed some time with penguins

Shirley and Daniel met after starring in pantomime Jack and the Beanstalk together in Christmas 2018 in their hometown of Liverpool. “I had the first few scenes opposite Danny and was terrified, but he helped me,” Shirley told HELLO! “I understood his industry but he didn’t understand mine at all, and I loved it. He knew nothing about Strictly. We had a great friendship and then in March we decided we were more than just friends.”

The couple even got to feed the penguins

When asked whether their relationship is serious, Shirley told HELLO!: “A hundred and fifty per cent serious. We have a lot in common and we laugh all the time. He is part of the reason why I readjusted my life. My son is grown up and has his own life, and Danny is just so magnificently special. I have met his parents and everybody likes each other. That’s a plus.”

MORE: Shirley Ballas’s love story with boyfriend Danny Taylor in her own words

She added: “I think my happiness is largely down to Danny, although Strictly has also given me the confidence that I didn’t always have before. I think the energy Danny gives off is infectious. He makes me see things in a different light and he makes me laugh all the time. I go to bed with a grin and I wake up with a grin.”

END_OF_DOCUMENT_TOKEN_TO_BE_REPLACED

END_OF_DOCUMENT_TOKEN_TO_BE_REPLACED
We and our partners use cookies on this site to improve our service, perform analytics, personalize advertising, measure advertising performance, and remember website preferences.Ok