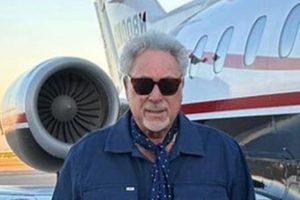 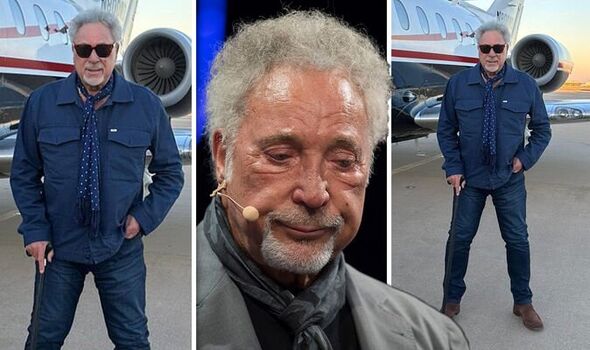 Sir Tom Jones has sparked concern as he took to Instagram to share his tour travels while using a walking stick to help him stand up after admitting previously about his recent health struggles.

Sir Tom Jones, 82, has opened up about his health concerns in the past as he admitted he has been finding it hard to walk very far as he waits for a much-needed operation.

Tom shared a snap of himself on Instagram in view of his 470,000 Instagram followers as he arrived in California for part of his worldwide tour.

He posed on the runway beside his private jet, holding a walking stuck and keeping the sun out of his eyes with a pair of black shades.

The Sex Bomb hitmaker, explained previously to Express.co.uk that he finds it easier to sit down and sing as he awaits a hip replacement operation.

“I can do about four songs… and I can walk on [stage],” Sir Tom explained when chatting about his health.

Ahead of his US tour, Sir Tom aired his concerns to his son about how fans will react to him sitting down on stage.

“I said to my son, ‘Look, I hope they don’t mind when I go to America that I’ll be sitting down for most of the show,'” The Voice judge admitted. 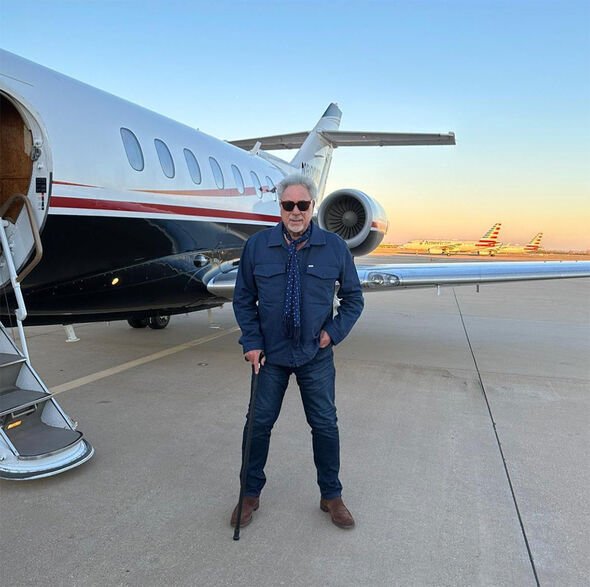 Sir Tom Jones, 82, posed on the airport runway alongside a private jet

Sir Tom Jones posed with the private jet and sunset behind him, while he looked dapper in a dark blue ensemble. 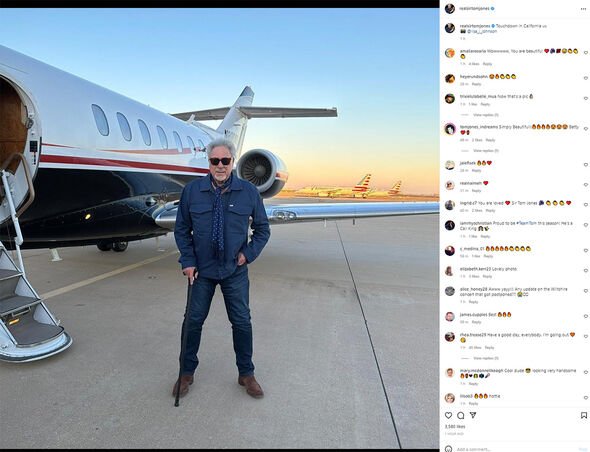 Sir Tom Jones, 82, has previously admitted why he needs a walking stick

Sir Tom Jones has previously voiced his health woes to his concerned and loyal fans. He explained that he experiences “a lot” of pain while on stage and has taken measures to relieve his discomfort. 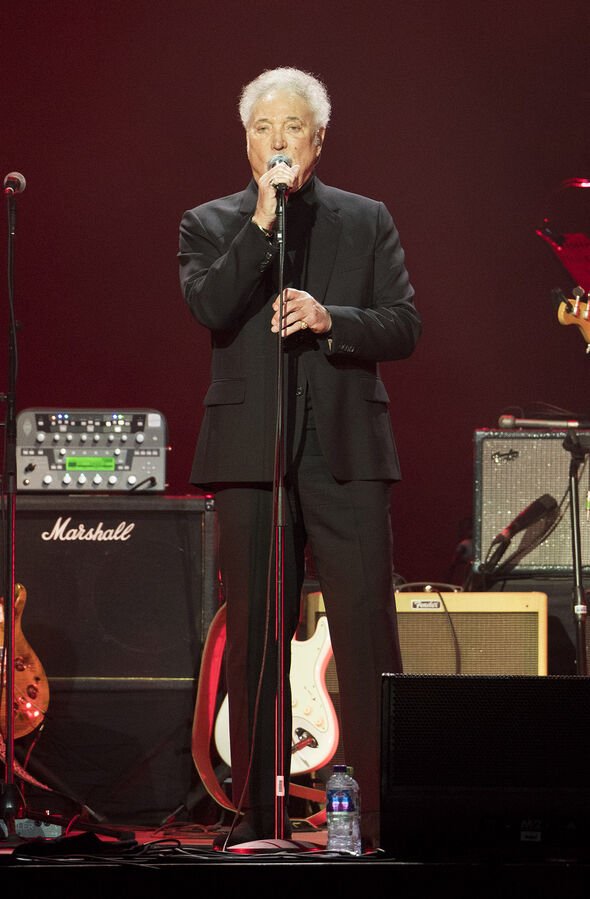 Sir Tom Jones revealed to The Sun: “I have to use a walking stick. I do a lot of performing from the stool. I do, like, four songs standing up and then it starts to hurt a lot so I sit down.” 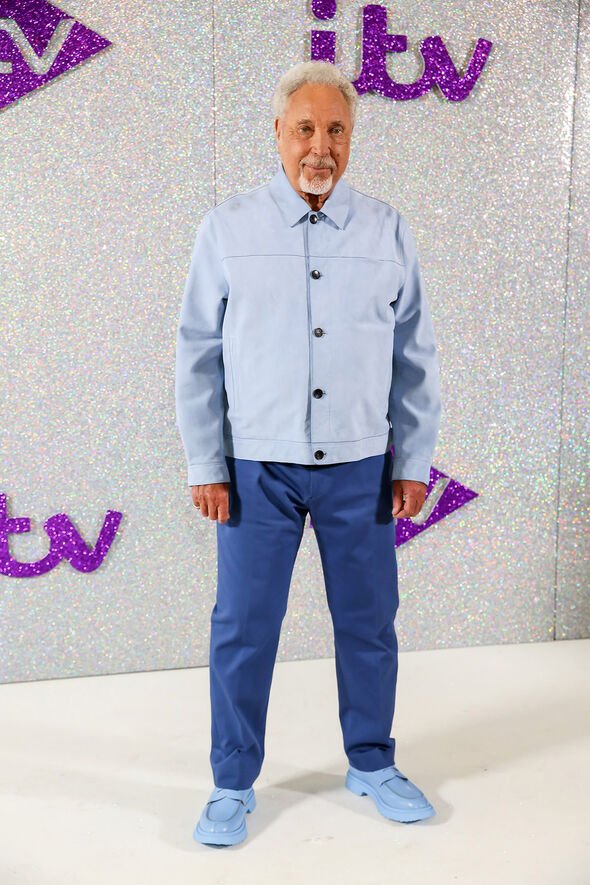 Sir Tom Jones first had his left hip replaced in 2017 but now needs to get his right worked on. He revealed that he doesn’t take painkillers and doesn’t follow a special diet. Tom concluded to Express.co.uk in a recent interview: “I’m just biding my time until I can get in there to get a new hip.” 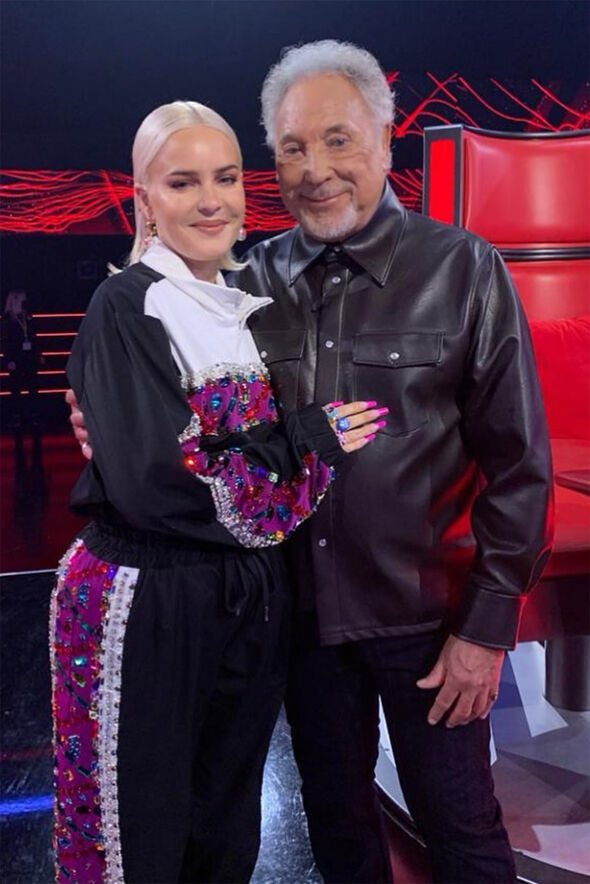 Sir Tom Jones judges on the show alongside Anne Marie, Olly Murs and Will.i.am, while Emma Willis presents the ITV show. In the first episode of the series, Tom left viewers in tears with a stunning tribute to his late wife, Linda, who died in 2016. He sang his song, Crumble, in her memory, and even fellow judge Anne-Marie had to “walk off” because the moment was “so emotional”. 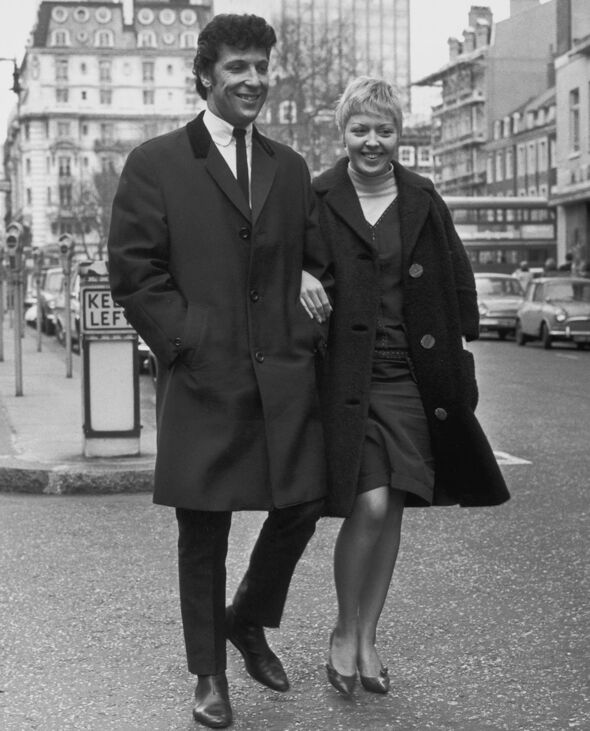 Sir Tom Jones was rumoured to have collapsed ahead of his Budapest show, however he took to Instagram to quash the rumours. He explained that he had a sore throat ahead of the show and was diagnosed by a doctor with viral laryngitis. He said: “Hello to all concerned. I travelled last night from the UK to Budapest and woke up this morning with an uncomfortable throat. A specialist came to visit and diagnosed ‘viral laryngitis’. He strongly advised postponing this evening’s show and prescribed medication and vocal rest.”