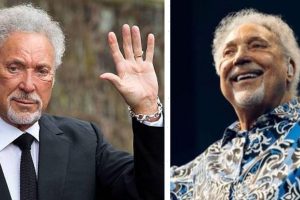 Tom Jones says he ‘cherishes’ being knighted by the Queen

Sir Tom Jones, 82, has been performing shows across the UK and Europe this summer but now, with a beam on his face and his arms outstretched to the audience, he has revealed that his tour is over. Though fans might have feared that the Welsh crooner had retired, he has dismissed suggestions of that by ending his farewell post on Instagram with a cheery: “Until the next time!”

“That’s a wrap on our summer shows across the UK & Europe,” he exclaimed to his 454,000 followers after his performance on Sunday in the medieval Essex town of Saffron Walden.

“From my band and I, thanks to each and everyone of you who came out to see us perform,” he continued.

The Mama Told Me Not To Come singer emotionally added: “It was a lot of fun, we hope you enjoyed it as much as we did!”

He ended his heartfelt message with a promise that he would see his devotees the next time. 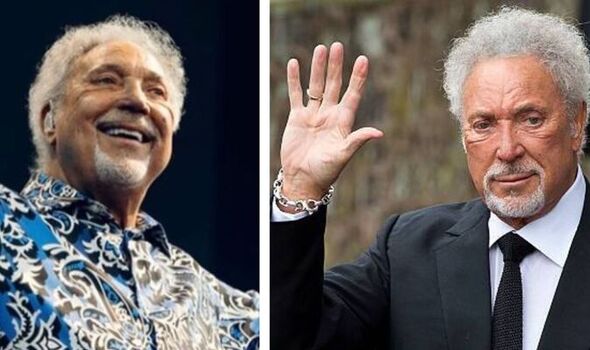 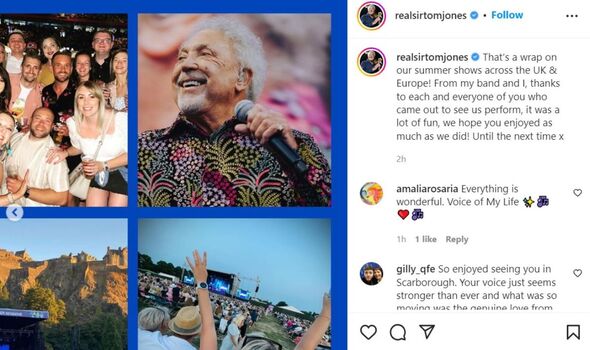 Though some had suggested Tom might be retiring due to his age, there looks to be no chance of that as he is racing straight to the USA in a matter of weeks to begin touring again.

Proving that it is just the current round of UK and Europe dates that are over, Tom will head to Atlantic City in New Jersey for a show on September 9.

He will remain in the USA for over a month, before calling a halt to the tour after a final date in San Francisco on October 12.

Meanwhile, fans have inundated Sir Tom with warm wishes via Instagram after enjoying his shows over the summer. 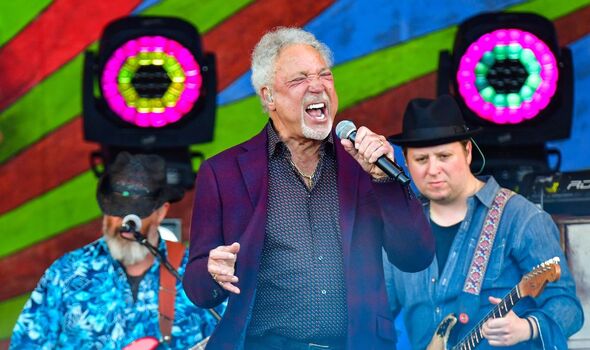 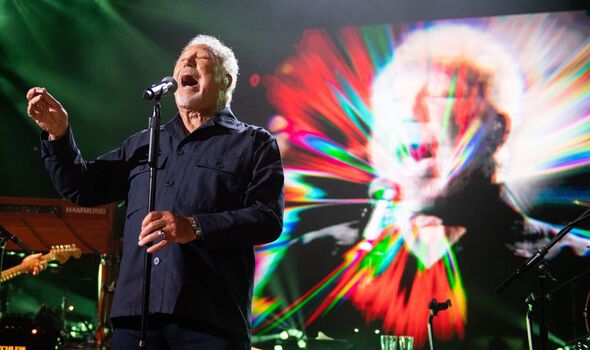 “Your voice just seems stronger than ever and what was so moving was the genuine love from the audience for you – including me – you could feel it,” @gilly_qfe enthused.

Tom’s career has lasted longer than anyone could have anticipated, after he dropped out of school at 15 only to find himself with a record deal from Decca a few short years later.

Tom was knighted by the Queen in 2006 and since then has performed at Buckingham Palace for the Queen’s Diamond Jubilee in celebration of his ‘Sir’ status.

However, some fans were furious when he was notably absent from the Platinum Jubilee celebrations earlier this year, despite still going strong as he approached his 82nd birthday.

@Leckston logged on Twitter to argue: “[In my opinion] Tom Jones should have played instead of Diana Ross at the end of the Jubilee Concert.”

“British born and bred and still with a magnificent voice, [although] he’ll be 82 in two days time!”

The question on many fans’ lips as the matter trended on Twitter was: “Where is Tom Jones?”

There were concerns from some that the live line-up was “too American”, despite the event being organised to celebrate the reign of a British monarch.

Fans were baffled when they heard Alicia Keys perform her epic track Empire State of Mind at the event, as the song is about New York.

However Alicia later clarified that the song had been specifically requested by the Queen – and she wasn’t going to refuse.

She also changed the lyrics to incorporate London instead of New York.

Yet @trustrrade also jumped in on the debate, querying: “Why include American Diva Diana Ross instead of UK Dame Shirley Bassey!!? Disgraceful!!”

Fortunately for those who didn’t catch Tom on his latest stint of British tour dates, which included Worcester Racecourse and Princes Street Gardens in Edinburgh, Tom seems confident that there will be a “next time”.