Slash Reveals ‘Use Your Illusion’ Boxset Is On The Way 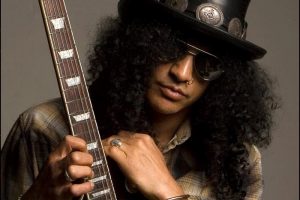 Guns N’ Roses guitarist Slash revealed in a recent interview with Biff Bam Pop! that the band is set to celebrate the 30th anniversary of their Use Your Illusion albums by releasing a deluxe box set.

“It got delayed by the pandemic but it is coming out, I think this summer,” Slash told editor-in-chief Andy Burns. “There’s a bunch of cool live stuff on it, a couple shows. The Ritz from the early ’90s and a show that we did in Las Vegas back in 1989, I think it was. And it’s actually the show that I met my ex-wife at.”

In September, the band celebrated the 30th anniversary of their Appetite for Destruction album by releasing a massive box set.