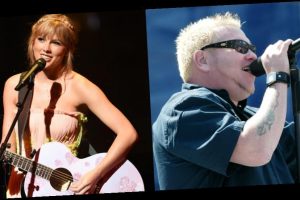 Smash Mouth is not getting good feedback after coming for Taylor Swift‘s new album.

The “All Star” band posted a simple, shady message on their Twitter account Friday afternoon (July 24), which resulted in a flood of social media users, including hardcore Swifties, coming to attack the band and defend Taylor.

PHOTOS: Check out the latest pics of Taylor Swift

“you had one hit in a children’s movie about ogres. she has eight albums spanning three genres and worldwide recognition. u are not the same,” one popular clapback reads among over 500 replies in less than an hour.

“Your account will be gone by morning,” read another.

Not everyone agrees with Smash Mouth – the album currently commands a 95 metascore.

Find out how Taylor revealed the name of this celebrity pair’s baby in one of her songs on the album!