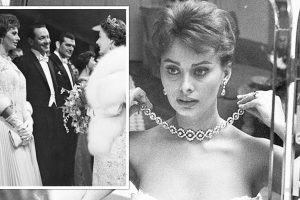 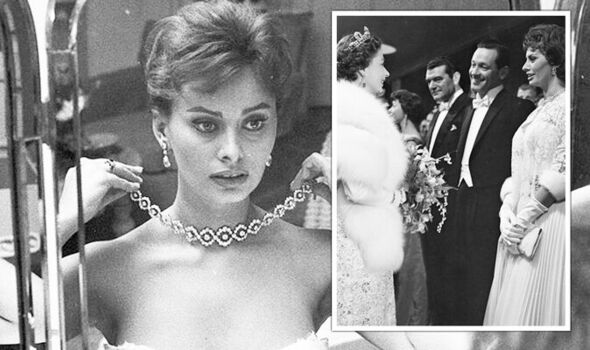 Sophia Loren will turn 88 in September and Express.co.uk takes a look back at the Italian-born actress’s meeting with Queen Elizabeth II at the Royal Annual Performance held at the Odeon Theatre in November 1957.

The glamourous actress, who was in her early 20s at the time, shared a rare glimpse of her preparation before coming face-to-face with royalty.

A photographer captured images of the beauty ahead of their meeting as she could be seen getting ready in an old Elizabethan house at a country club in Elstree.

One photo showed Sophia sitting in front of a mirror placing a diamond necklace around her neck, while another photo showed the smiling actress being assisted with her gown.

Sophia met the Queen at a London premiere and wore a lace jacket with white fur trimmed sleeves over her strapless gown for the event. 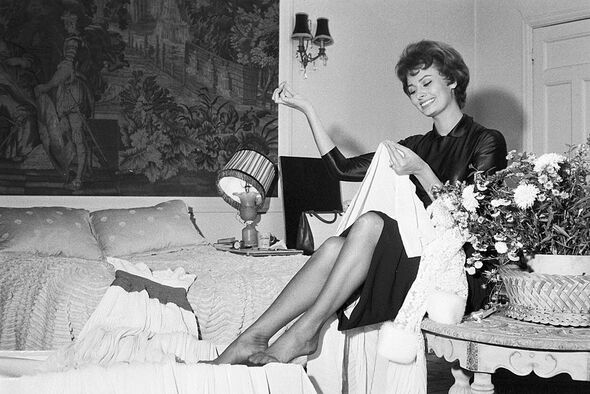 Sophia Loren was pictured sewing her own lace cover up 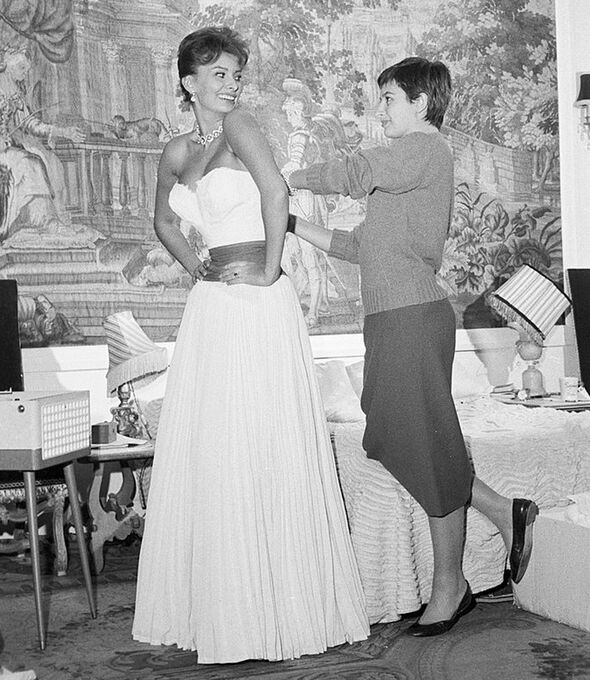 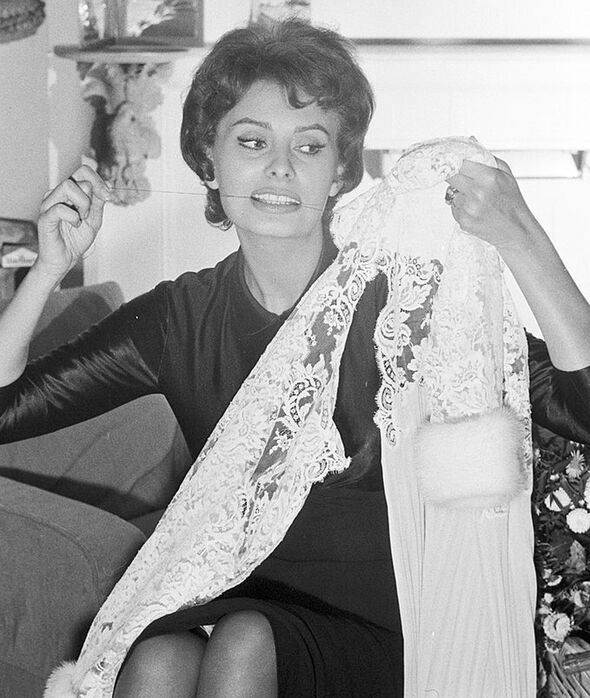 The Italian-born actress concentrated on the task at hand 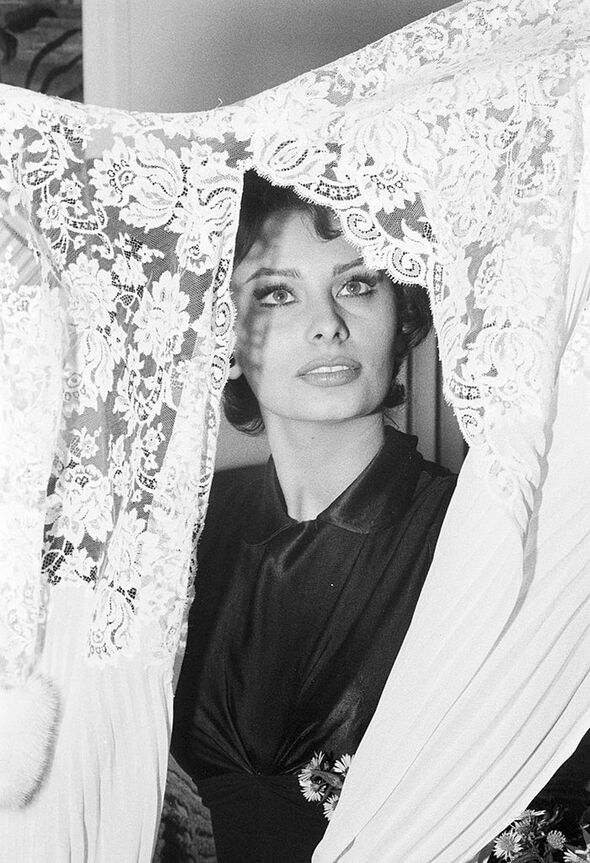 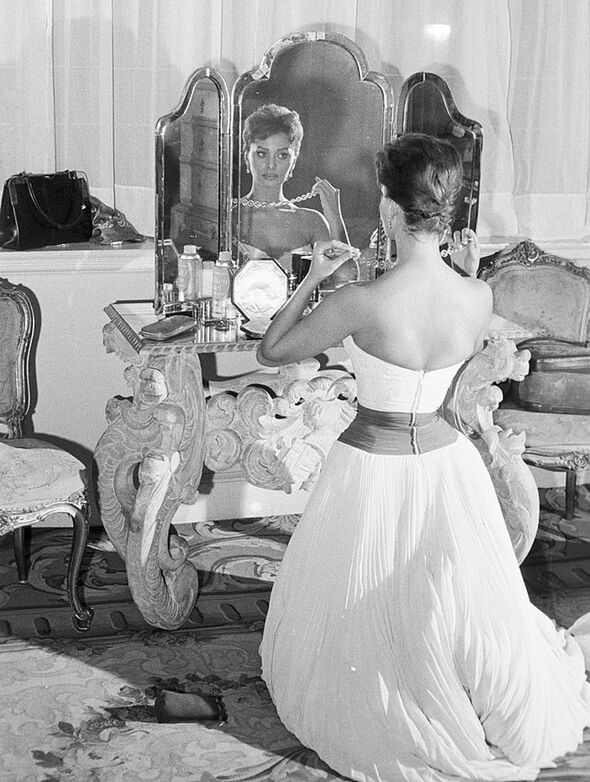 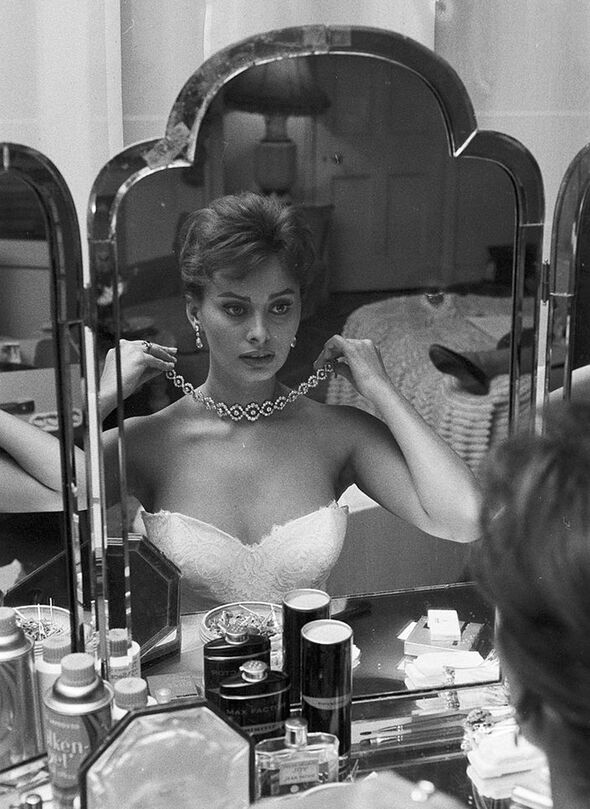 Sophia Loren showcased her striking looks while staring at her reflection

Sophia kept her makeup light as she sported her signature cat eye look, rouge lips and kept her brunette tresses in an updo. 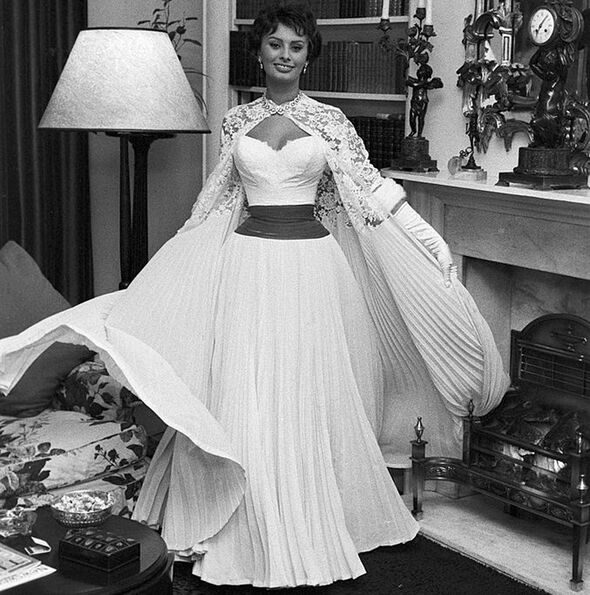 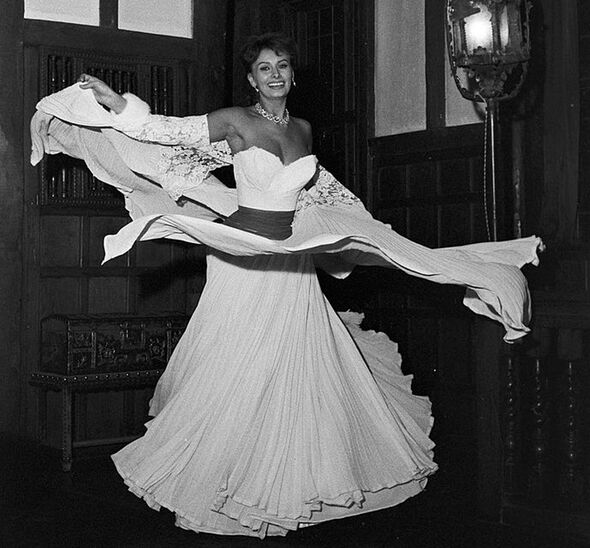 Sophia Loren got dressed in an Elizabethan country house

The Hollywood actress appeared to be in high spirits as she posed for pictures. 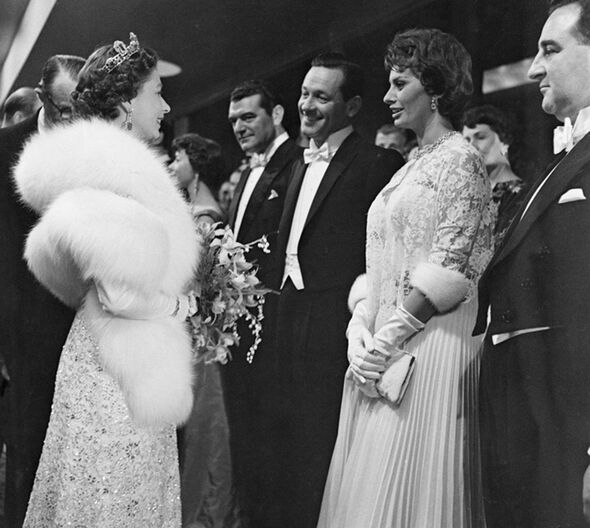 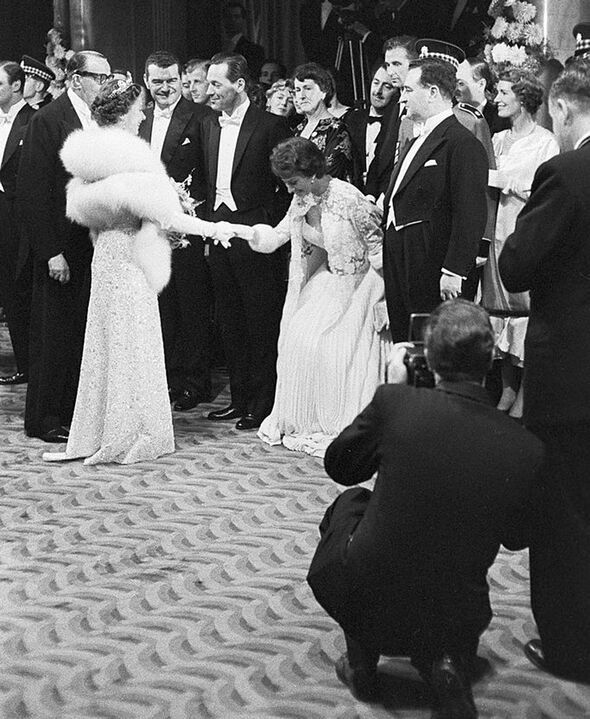 Sophia Loren delivered a courtesy to the Queen

The Hollywood actress wore white as did Her Majesty, as celebrities lined to greet the Queen.