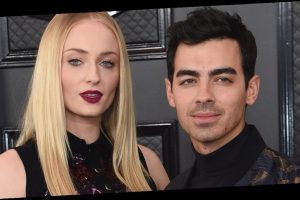 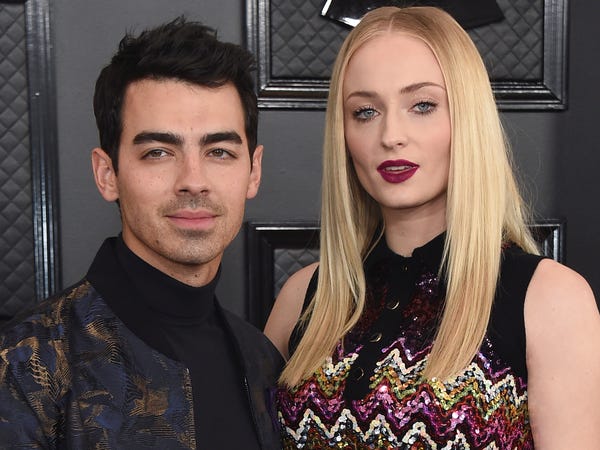 Sophie Turner gave fans a glimpse of her pregnancy with a series of never-before-seen photos shared two months after welcoming her first child with husband Joe Jonas.

On Sunday, the 24-year-old "Game of Thrones" star posted three photos on Instagram, all with the same caption: "🤰 💕 ☀️."

In the first image, Turner showed off her belly while wearing a gray bikini and standing in a pool with one of her dogs.

In the second photo, the actress wore a white and pale pink striped shirt from Hotel Bel-Air as Jonas held her baby bump.

In the final image, Turner smiled as she sat wearing a green bikini.

The photos were presumably taken by the 31-year-old Jonas Brothers member, who she tagged in the photos using his personal Instagram account and his photography account, called @cupofjoe.

Jonas reposted Turner's photo of his hand on her belly on his Instagram story and posted the same photo on his @cupofjoe account.

This is the first time that the couple has publicly addressed the pregnancy.

The stars first began talking in 2016, got engaged in 2017, and got married during two ceremonies (one in Las Vegas and another in France) in 2019.

In February 2020, multiple publications (including Just Jared, "E! News," and Us Weekly) reported that Turner and Jonas were expecting their first child together.

Throughout the pregnancy, neither Turner nor Jonas posted about it or mentioned it during interviews. In July 2020, TMZ reported that the two stars became parents to a baby girl named Willa, born in Los Angeles.

A representative for Turner confirmed the news in a statement shared with Insider, saying: "Sophie Turner and Joe Jonas are delighted to announce the birth of their baby."

A source also told Entertainment Tonight: "The couple is already obsessed and can't stop gloating about their new addition. The couple is taking time to enjoy this special moment and have only shared the news and updates with family and friends."

END_OF_DOCUMENT_TOKEN_TO_BE_REPLACED

END_OF_DOCUMENT_TOKEN_TO_BE_REPLACED
We and our partners use cookies on this site to improve our service, perform analytics, personalize advertising, measure advertising performance, and remember website preferences.Ok