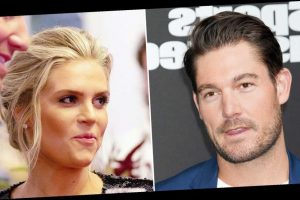 Drawing a line? Craig Conover isn’t sure he can forgive Madison LeCroy for her controversial comments about his new girlfriend, Natalie Hegnauer.

Who’s in? Who’s Out? What We Know About ‘Southern Charm’ Season 7

The Sewing Down South founder, 31, confirmed his relationship with Hegnauer earlier this month, shortly before she made her Southern Charm debut. LeCroy, 31, later joked during an episode of Watch What Happens Live With Andy Cohen on December 3 that she was “grossed out” by her costar’s new romance because Hegnauer had previously hooked up with castmate Austen Kroll.

“She was really nasty for no reason,” Conover tells Us Weekly exclusively of LeCroy’s statement. “That’s how Natalie and I met, Austin introduced us in Aspen, [Colorado]. It was no secret that they had known each other before. Natalie has been nothing but nice to Madison. They hung out, they were friends. So what Madison did just wasn’t nice, you know? … I don’t even want to be associated with Madison anymore.”

Every Bravo Star Who Quit or Was Fired in 2020

Conover previously dated costar Naomie Olindo for nearly three years before they called it quits in 2017. The Delaware native told Us in October that his new relationship would be a big part of the Bravo reality show’s seventh season. During the December 3 episode of Southern Charm, Conover hinted that he was “pretty sure” he was already falling in love with Hegnauer.

“Everyone else is happy for me. It’s been a long time since I’ve felt this way about someone and since I’ve found someone that was so supportive,” he tells Us, adding that LeCroy “threw away” their years of friendship with her comments. “It’s sad to watch [her] project and unravel in front of everyone. I mean, that’s her opinion and that’s fine. … She’s just not a nice person.”

While Conover claims he “can’t speak” to the intentions behind LeCroy’s jab, he tells Us that “things are going really well” between him and his new flame, who he met in January. The pair quarantined together in South Carolina amid the coronavirus pandemic, which Conover says was a blessing — even after he contracted the illness earlier this year.

“It was nice being with Natalie,” he tells Us of his quarantine experience. “You know, we were in this insulated bubble during this honeymoon phase where we got to spend a lot of time together. … We make each other happy and we’re really comfortable with each other.”

END_OF_DOCUMENT_TOKEN_TO_BE_REPLACED

END_OF_DOCUMENT_TOKEN_TO_BE_REPLACED
We and our partners use cookies on this site to improve our service, perform analytics, personalize advertising, measure advertising performance, and remember website preferences.Ok