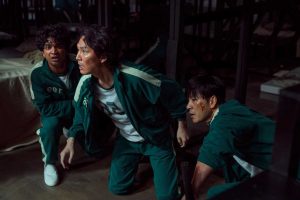 Netflix’s Squid Game — a South Korean show in which working-class people compete in life or death children’s games — is a smash, but it’s also confounding users when it comes to the subtitles, as The Week reports.

Last week, TikTok user Youngmi Mayer pointed out myriad failed translations in the English-language subtitles — and their videos went viral. As The Week notes, one particular section showcases the importance of nuance with a line uttered by a cagey competitor: “I’m not a genius, but I still got it worked out.” The translation should have been: “I am very smart; I just never got a chance to study.” The original implies a smart character who is uneducated and “the writers, all they want you to know about her is that,” Mayer said. “[It] seems so small, but it’s the entire character’s purpose of being in the show.” The connotation matters and the translation appears to miss the mark.

50 Best Action Movies of All Time

In Mayer’s Twitter thread, they also made clear why they thought the translations might not be true to the original. “The reason this happens is because translation work is not respected and also the sheer volume of content. Translators are underpaid and overworked and it’s not their fault. It’s the fault of producers who don’t appreciate the art.”

Netflix did not immediately respond to Rolling Stone‘s request for comment.

Mayer received some backlash for their analysis because they were using Netflix’s closed-caption option rather than the official English subtitles, which detractors pointed out are more accurate. Fans also postulated that the faulty translations were not done with malicious intent.

Still, the closed captions issue is not a new complaint for Netflix. In 2012, the streamer added captions to their entire library following a lawsuit from the National Association for the Deaf (NAD) for noncompliance with the Americans with Disabilities Act. Despite the change, there have been ongoing criticisms about its accuracy. As The Hollywood Reporter reported in 2018, NAD stepped in again when Netflix was “omitting swear words that were not bleeped out in the audio track and deleting whole sentences” for Queer Eye viewers.