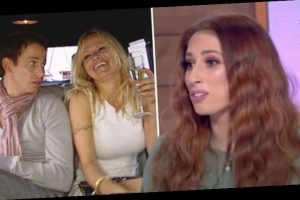 Loose Women panellist Stacey Solomon, 31, and her fellow panellists Jane Moore, Nadia Sawalha and Kaye Adams discussed 53-year-old Pamela Anderson’s marriage to her bodyguard on the show today, which led the former to share details about her fiancé Joe’s experience with the Baywatch star.

He just couldn’t believe his luck

The mother-of-three explained Joe was tasked to film a documentary with the model, in which he spent a week in Malibu and she later flew back to spend a week in Islington, where the actor lived with his family at the time.

Intrigued by the story, Nadia asked: “Did he ever kiss her?”

Seeming stunned by her question, Stacey, who wasn’t in a relationship with Joe at the time, replied: “I blimming hope not Nadia!”

The latter went on to say: “No, because I am just thinking at that time she was the epitome, every boy wanted to hang out with her. Do you remember her running along that beach? [In Baywatch].” 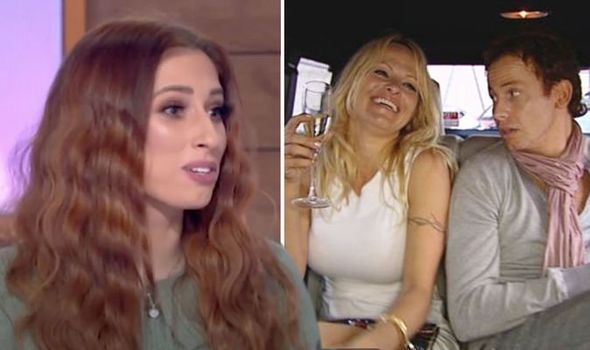 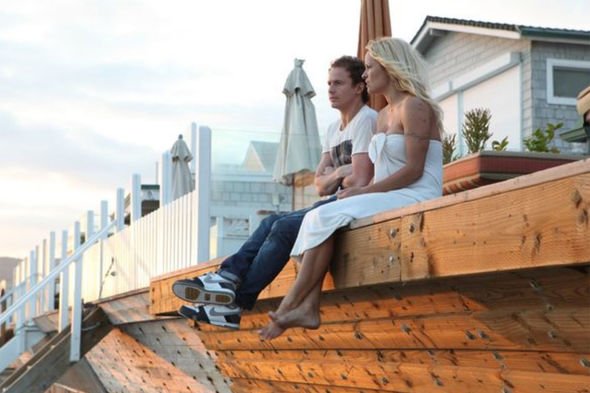 “I think she still is,” Stacey added.

The Loose Women panellist went on to say of Joe’s experience: “He said it was just the best thing ever, he just couldn’t believe his luck, he felt like a teenage boy.

“He had her posters all over his walls all his life.”

When asked if Joe slept at the model’s house, she replied: “I don’t think he was allowed to sleep in her house, he might’ve done and I don’t think she slept in his house.” 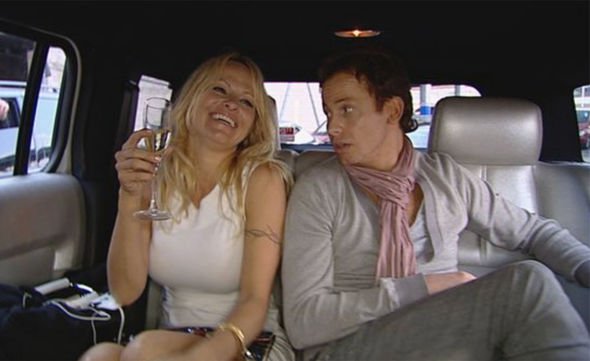 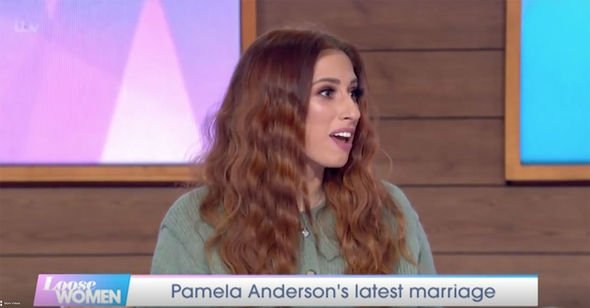 Stacey struggled to hold back her laughter as she went on to say while Joe had met Pamela’s family and spent two weeks with her, she failed to recognise him a few years later when they appeared opposite each other on Celebrity Juice.

She added: “We were at Celeb Juice and she was on as well and he was like, ‘Ah look, Stace, It’s Pam!’

“She didn’t recognise him at all,” she added giggling.

Viewers witnessed the Dancing on Ice winner visiting the actress’ Malibu Beach home and going with her to Paris, where she modelled for Vivienne Westwood.

The father-of-two also got an insight into her hectic personal life as a model and single mum of two at the time.

After spending a fortnight with the model, Joe said Pamela wasn’t his type after all.

He told the cameras: “Pam is lovely but she’s not my type.

“But by the end, we were giggling non-stop and I was pinching her a***.”

He added: “We had our ups and downs. She got narky sometimes, but I was like her little brother by the end.

“I think she saw me as a cheeky Londoner like Dick Van Dyke in Mary Poppins,” he added to What’s On TV.