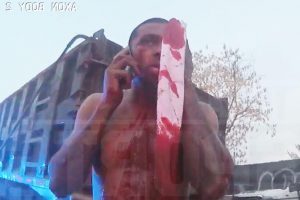 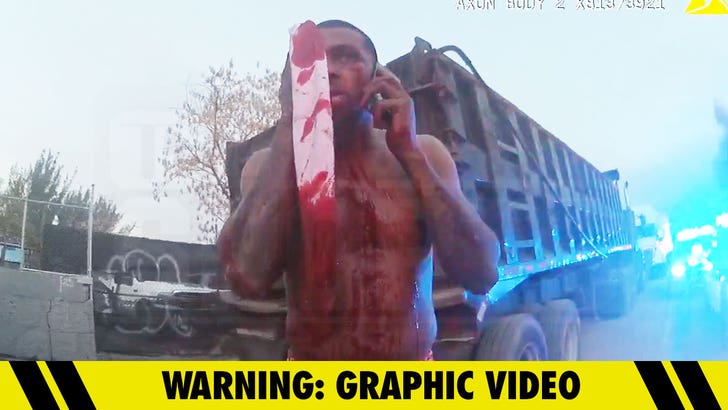 NBA player Sterling Brown was COMPLETELY covered in blood when cops found him after he was attacked at a Miami strip club … new police video obtained by TMZ Sports shows.

In the footage from the scene, which was captured on an officer’s body cam in the early morning hours of April 19, you can see Brown was constantly pressing his shirt hard against a gnarly wound on his head to try to stop the bleeding.

Video shows Brown — who just minutes prior had been reportedly hit in the head with a liquor bottle — was clearly annoyed with the situation … consistently being short with cops and brushing off officers who tried to ask him questions about the incident.

Brown repeatedly asked first responders for an ambulance … and when he got close to one of the officer’s cameras, you can see blood was oozing so heavily from his head, it gushed all the way down to the bottom of his stomach.

Eventually, medical personnel arrived … but things clearly didn’t go smoothly as they tried to tend to the Houston Rockets guard.

Brown’s teammate, Kevin Porter Jr., had made his way to the scene … and for some reason, he became argumentative with cops in the area.

Police redacted the audio — they said in a document it’s currently being reviewed as part of an open internal investigation — but it’s obvious the two NBA players were very upset.

You can see in the clip, Porter Jr. was animated … waving his arms and making gestures toward one of the officers.

Eventually, things calmed down enough for medical personnel to bandage up Brown … and he was ultimately stitched up at a local hospital.

The NBA said Wednesday it’s completed its investigation into the incident … and hit Porter Jr. with a $50,000 fine for violating the league’s Health and Safety Protocols, which prohibits players from attending “indoor social gatherings of 15 or more people or entering bars, lounges, clubs or similar establishments.”

What’s interesting — despite visiting the club with KPJ, Brown is NOT expected to receive a fine, according to Marc Stein.

The report adds the league’s investigation into the incident is officially closed unless further information surfaces that would require the probe to be re-opened.

Brown remains sidelined as he recovers from the incident … and his timetable for return has not been determined.