Home » Celebrities » Stormi Webster, 2, Is The Ultimate Cool Kid As She Goes For A Ride On Her Scooter — See Cute Pics

Stormi Webster, 2, Is The Ultimate Cool Kid As She Goes For A Ride On Her Scooter — See Cute Pics 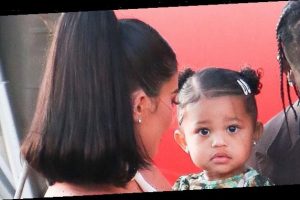 Kylie Jenner took to Instagram to share brand new pics of her adorable daughter Stormi posing near her scooter while wearing a stylish outfit and jewelry.

Stormi Webster, 2, proved she’s one of the coolest celeb kids around in her latest photos! The cute daughter of Kylie Jenner, 23, was wearing a dark gray T-shirt that appeared to have graphic of former Los Angeles Lakers player Magic Johnson on it, as well as black baggy pants and black sneakers as she posed inside with a blue scooter, in her mom’s Jan. 24 Instagram post. The tot also had on a silver necklace and matching bracelet as her dark hair was in two cute little buns.

Kylie captioned the epic snapshots with a white heart and cool face with sunglasses emoji and received a plethora of responses complimenting the memorable moment. “Prettiest,” one fan wrote while another pointed out, “she da coolest.” A third gushed that “she is sooo cute” and a fourth compared her to her mom by calling her “baby Kylie.”

Kylie’s latest photos of Stormi, whom she shares with ex Travis Scott, 28, come a few weeks after she shared a funny video of her baby girl posing for a video with a hilarious filter. She was laughing as she asked, “What happened to my face?” and put her hands on her cheeks in the clip. Kylie also attached a photo of her with a Grinch filter since it was right after Christmas. 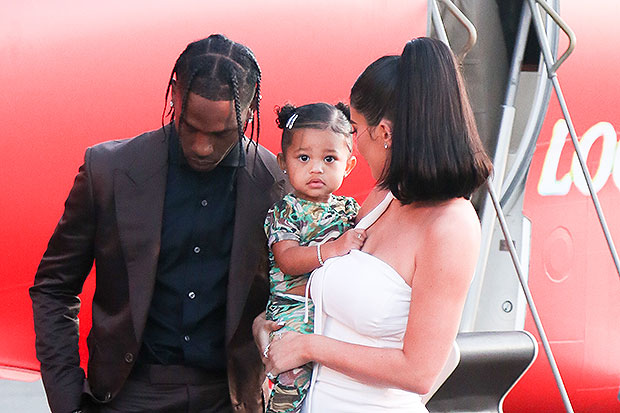 The mother and daughter duo also wowed when they posed for holiday photos before that. They matched in pretty red dresses on Christmas Eve as the doting mom held her cutie for the pics. Kylie also showed off stunning red hair that seemed to suit her perfectly.

When Stormi isn’t posing for eye-catching videos and pics, she’s playing with her incredible toys that she got for the holiday. One of her most impressive gifts included a Cinderella-style carriage filled with princess dresses from Travis. It also had a sign that read, “Princess Stormi” in Disney style print, which made it even more amazing. Kylie shared a sweet photo of Stormi sitting in the carriage in her own blue princess dress and she looked nothing but comfortable.