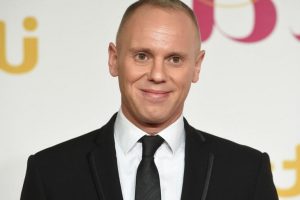 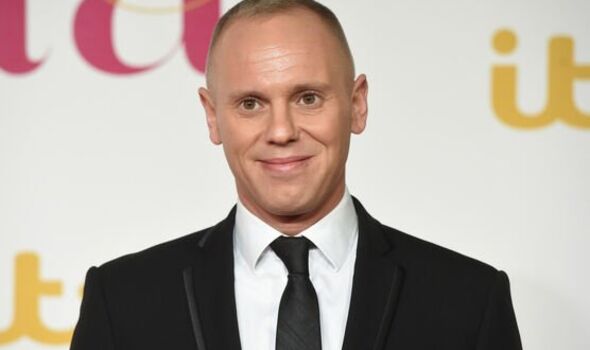 But it quickly became clear that in the court of public opinion, Judge Rinder was a spray-tanned, be. sequinned, hip-swivelling hit. And six years on, the verdict is in and the case is closed… that 11-week run on TV’s most popular talent show changed his life and his career.

Talking about coming fifth on the show as it returns to the BBC for its 20th series this weekend, starring Kym Marsh, Helen Skelton and Matt Goss, he jokes: “Let’s call it second runner up, please!”

“I loved every second of it. It was so joyous that I look back and wish I’d remembered it more and enjoyed it even more. I mean, it’s the most fun you can have with your clothes on.”

Rinder, who competed before the show’s producers introduced same-sex partners, was one of the lucky celebrities to avoid any hint of the infamous Strictly curse.

With professional dance partner Oksana Platero, he went all the way to the semifinals, outlasting Will Young, Greg Rutherford and even surprise dance star and former Cabinet Minister Ed Balls.

But is he sorry that he missed out on the chance to dance with another man? “When I did it, it just wasn’t an option,” he says. “I had the wonderful Oksana. I don’t regret it because I had such a wonderful time.”

Boxer Nicola Adams was the first celebrity to dance with a same-sex partner and, last year, Bake Off star John Whaite and his pro partner Johannes Radebe came second.

This year Radio 2 DJ Richie Anderson will be dancing with Giovanni Pernice.

Rinder, 44, is all in favour of those partnerings because of the positive cultural impact he believes they generate. Certainly, when he was young, he felt gay relationships were badly or under-represented in the world around him.

“It’s why it’s so significant and of cultural importance. I’m really thrilled and pleased that representation is there.”

Rinder has always enjoyed performing and, after the pressure of having to deliver in court, where his clients’ freedom often depended on his performance, he found he was able to relax and enjoy dancing without worrying about viewers or the judges’ comments.

“Here I was with somebody putting a camera in my face going, ‘How does it feel to be about to do the cha-cha in front of 10 million people?'”

“And I used to think to myself, ‘You know what, no one dies! It will be fine’,” he recalls. In fact, he loved Strictly so much he signed up to dance on the tour.

And now he enjoys showing his fun side by taking part in Celebrity Gogglebox with his friend Susanna Reid and performing in panto – this year he’s at Milton Keynes – while keeping his intellectual edge by making insightful documentaries and grilling public figures in a guest presenting slot on Good Morning Britain.

“I’m doing Snow White And The Seven Dwarfs. I’m with (Birds Of A Feather star) Lesley Joseph again and I can’t wait.”

“The best and most serious people I know – activists trying to change the world – are also full of joy. They’re not just one thing,” he says.

“The expectation that somebody is just purely serious is, I think, a really bad thing. It’s a stupid person’s view of what a clever person is like. I write textbooks for practitioners, I lecture about international law, I make documentaries… but I also flipping LOVE panto.”

In March, he received the MBE from the now King Charles III, then the Prince of Wales, for services or towards Holocaust education alongside his mother Angela Cohen, who is head of the ’45 Aid Society, which was founded in 1963 by Holocaust survivors.

Rinder, who appeared on TV alongside his mum in BBC1’s My Family, The Holocaust, and Me, said of the royal accolade: “It meant the absolute world. I cadged the lift on Mum’s coat tails because, like all mums, she does all the work and I did the window dressing.”

“My mum has been engaged in Holocaust education through the ’45 Aid Society for a significant period of time and one of the real gifts of being on the telly is to have this platform. I’ve been able to use it to talk about Holocaust education… not just about the horrors of the Holocaust, what happened at the end, but how we ended up there and what happened at the beginning of that story.”

The presenter, whose Jewish grandfather Morris Malenicky survived the second world War but lost his parents and five siblings, warns that the lessons about the catalyst for the Holocaust are more relevant than ever.

“That’s enormously important as we buttress up against a world where democracy is becoming increasingly fragile,” he says.

“You need people to feel aggrieved by a treaty, a catastrophic series of economic events, the wrong man to be at the right place at the wrong time, for good people to stand by and do nothing. That slides into depravity and unless we renew that in every generation, that love of democracy, that warning, that echo… we are in real danger.”

At the start of the war in Ukraine, Rinder went to Poland to find his Strictly Come Dancing partner Oksana’s grandparents, who had fled their country and were running out of medical supplies.

As the grandson of a war refugee, he is passionate about the subject and while he believes our government could have handled the refugee crisis better, he is overwhelmed by the support of the British people themselves.

“Those who answered the call to that government programme were nearly all working-class communities, many of them outside London,” he says.

“People from every background were having conversations about whether or not they could extend their hospitality, their generosity, the gift of freedom of this country, to people from Ukraine, and they were doing it from every community, and it was an amazing thing.”

It’s clear that he isn’t one to shy away from difficult subjects, which will come in handy in his new TV show, Rob Rinder’s Interrogation Secrets, in which true crime streaming service Crime+ Investigation will broadcast scenes from real-life interrogation rooms as police officers interview suspected murderers and painstakingly unpick truth from lies to find out the grisly facts.

He explains: “It was fascinating to me because as a legal practitioner, I was never actually able to see it taking place. It’s the first time we’ve ever seen it collated in this fashion on television.”

“What we see here are the various tools that the police use when they get it right. You’re constantly guessing throughout the whole process and that’s completely fascinating.”

“It starts as a question and then gradually, through using all sorts of tools, body language, suspicion, intuition, trying to present evidence that clearly looks like it’s completely false against the evidence the person’s already given.”

So, with his professional experience as a barrister in mind, does he think he’s good at spotting a liar?

“I would say I do have a rather attuned sense,” he laughs.