Home » Celebrities » Tamar Braxton: 5 Things To Know About TV Star Who Was Reportedly Rushed To Hospital

Tamar Braxton: 5 Things To Know About TV Star Who Was Reportedly Rushed To Hospital 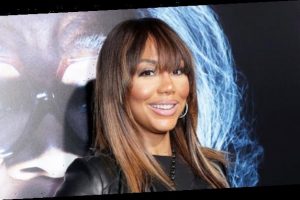 Sad news for anyone who loves ‘Braxton Family Values’. Tamar Braxton has reportedly been rushed to the hospital. While details are still coming in, here’s everything we know about the reality star.

Tamar Braxton, loved best by fans of the VH1 series Braxton Family Values and Celebrity Big Brother reportedly was rushed on Thursday July 16, while staying at the Ritz Carlton hotel in downtown L.A., according to TMZ. HollywoodLife has spoken to the police, who could only confirm for us that a ‘female’ was ‘transported’ from the Ritz ‘at the approximate time of 9:45 pm’ due to a ‘medical emergency’. At this time, requests for comments and confirmation have been put in with Tamar’s rep and the Ritz Carlton, with no immediate reply.

While we work to collect more details and keep Tamar in our thoughts in case these reports are true, here are 5 things to know about the singer and television personality beloved by so many – from what to know about her famous family to her incredibly success TV career, for which she’s been nominated twice for Daytime Emmys for. Here’s everything to know about Tamar:

1: She’s a gifted & award-winning singer. Tamar, who comes from a famous family of songstresses including her older sister Toni, has experienced a ton of solo success in recent years. Her second studio effort, Love and War, debuted atop the Billboard R&B Albums Chart with the song of the same name receiving similar success.

2: She’s a very proud mother. The Severn, Maryland native has one child: a 7-year-old son name Logan Vincent Herbert who she shares with ex-husband Vincent Herbert. She filed for divorce from him in October 2017 which became finalized nearly two years later.

3: She’s a reality television legend. Tamar’s reality television appearances go way beyond her long-running WE tv series. She won the 2nd season of CBB in the states in 2019 and is currently starring in her new VH1 show To Catch a Beautician with celebrity hairstylist Johnny Wright. She also earned 2 Daytime Emmy nominations for her work on the long-running talk show The Real.

Heading to this amazing tropical resort for the new year. My @tamarbraxton is already having baby withdrawal symptoms…7 days away from Beans😫😫🤣🤣! How are we ever gonna survive this “adults-only southern Mecca” with the clear blue tropical ocean, surfing at dawn, kayaking at mid-day and lounging by the private pool under the sunset? Hmph…..🤔

4: She’s found love again. David Adefeso, 50, is the man that Tamar started dating about two years ago. They have posted endless pics and videos of their romantic journey together ever since and she’s even hinted about wanting to marry him during an April 2020 interview with Wendy Williams.

5: She’s very, very outspoken. Tamar rarely holds her breath on many personal issues. She went on a Twitter rant in July 2020 about the alleged pay discrepancies between the BFV cast vs. the KUWTK stars. “Are we going to talk about pay…. I 100 percent wrote the [Braxton Family Values] theme song … where is the coin… our show is on Netflix…. where is the coin… 10 years on the air… we make 75 percent LESS than the Kardashians. How come there are no villains on that show,” she wrote on Twitter.