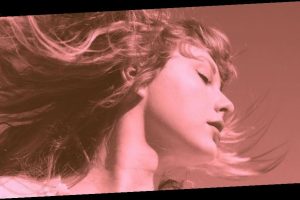 Yesterday, Taylor Swift posted videos to her social media platforms with a slew of anagrams and her fans worked diligently, as always, to figure out exactly what the singer was teasing. Many knew that Swift was offering some insight to her next release, a re-recording of her 2008 album, Fearless, but there were some surprises in the mix, too. Today, to reward their hard work, Swift shared the complete tracklist for Fearless (Taylor's Version), Entertainment Weekly reports, including a duet with Keith Urban and a collaboration with Maren Morris.

"You cracked the codes and guessed all the From The Vault titles," Swift wrote on Twitter. "Here's the full track list, my friends."

The new album has 26 tracks, which includes re-recorded versions of the original album and its platinum edition release's 19 songs, plus the six songs "from the vault."

Swift also mentioned Urban in a follow-up tweet, thanking him for inspiring her and reminding fans that she opened up for his tour during her Fearless album era.

"I'm really honored that @KeithUrban is a part of this project, duetting on That's When and singing harmonies on We Were Happy," she wrote. "I was his opening act during the Fearless album era and his music has inspired me endlessly."

"I'm counting down the minutes til we can all jump into this brave world together," she finished. "Filled with equal parts nostalgia and brand newness,"

Fearless (Taylor's Version) is the first album in Swift's plans to rerecord and rerelease her material after her former record label, Big Machine Label Group, sold the catalog of her work to Scooter Braun's Ithaca Holdings. Her other albums under that label include Taylor Swift, Speak Now, Red, 1989, and Reputation. Fearless earned Swift her first Grammy Award for Album of the Year back in 2010.