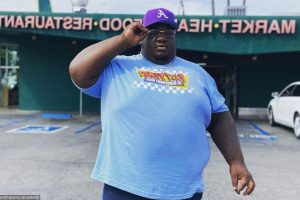 Details surrounding the death of the 32-year-old comedian have been released as investigators will continue to probe the results of Ray’s autopsy prior to releasing his official cause of death.

AceShowbiz -Comedian Teddy Ray reportedly died from drowning. The 32-year-old was found floating in a pool in Rancho Mirage, California, at 10 A.M. on Friday morning, August 12, by a maintenance worker, who reported it to the Riverside County Sheriff’s Office.

TMZ reports that authorities believe there were no obvious signs of foul play in connection with his death and are set to give the cause of death as drowning. An insider also told the news outlet it is still not clear who owns the home where Ray was discovered, as the comic lived in Gardena, California, about 125 miles west of where he was discovered.

Sources told TMZ on Monday, August 15, investigators will continue to probe the results of Ray’s autopsy prior to releasing his official cause of death, but it says insiders say the ruling will be death by drowning. News of the stand-up’s death was confirmed in a post shared to Comedy Central’s Twitter account, with the statement, “Teddy Ray was a hilarious and beloved performer. He’ll be deeply missed by the entire comedy community.” 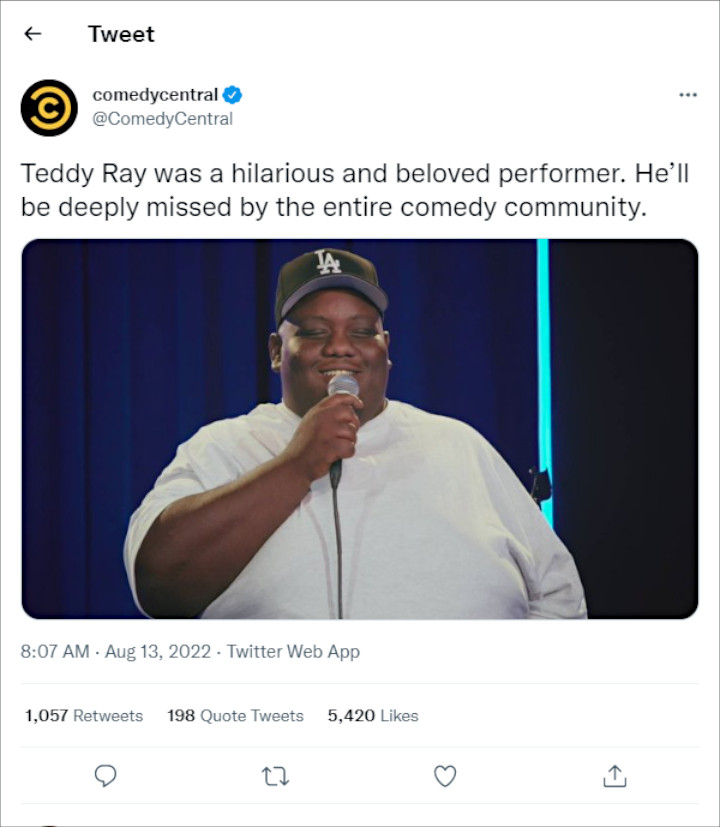 Comedy Central paid tribute to Teddy Ray after his death.

Ray, born in Los Angeles on July 30, 1990, honed his craft at clubs the Improv and the Laugh Factory. He rose to prominence after appearing in comedy shows shared on the “All Def Digital” YouTube channel. His first television appearance was on BET’s “Comic View” before he went on to feature in shows including “Wild N’ Out” and “All Def Comedy”.

Ray’s most recent appearance was in HBO series “Pause with Sam Jay”, and he was said to have finished filming on “Scroll Wheel of Time” before his death. In his final Instagram post, the comic said about marking his 32nd birthday last month, “Pulling up on 32 like… Lord I thank you for another lap around this hot… sun.”

Tributes to the comedian include one from “Abbott Elementary” Quinta Brunson, who said, “Heartbroken. Gonna miss you Teddy”, while comedian Kevin Fredericks added, “Teddy Ray was one of the funniest people to walk this earth.” 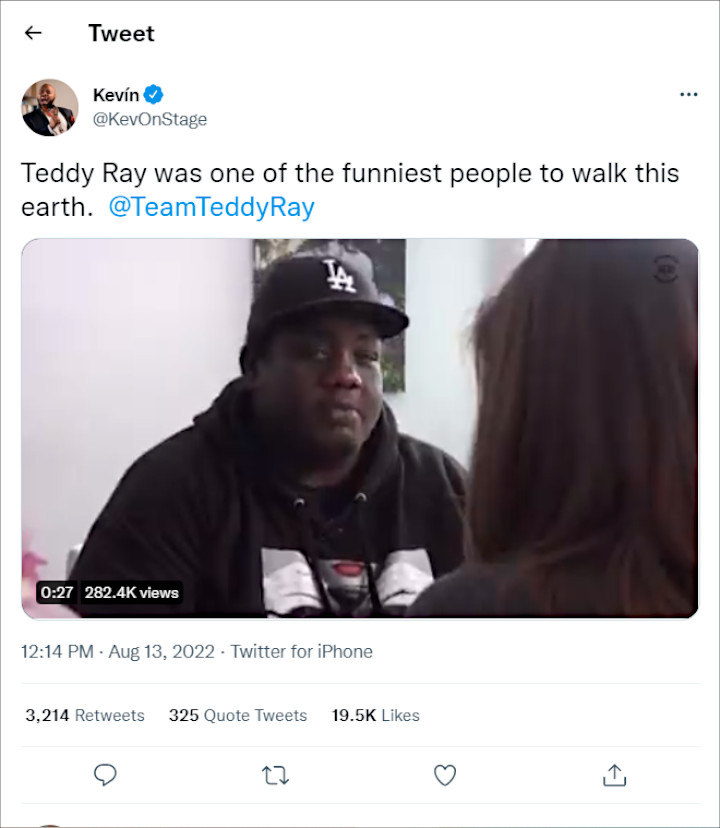