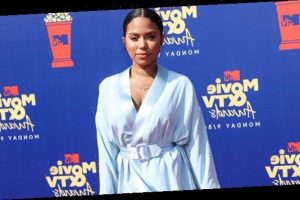 Cheyenne Floyd has ‘prayed for this moment’: she’s pregnant again! The ‘Teen Mom OG’ star debuted her baby bump, and revealed how her daughter Ryder feels about being a ‘big sister again.’

Cheyenne Floyd, 28, is going to be a mother of two — something she has been praying for. The Teen Mom OG star revealed that she’s pregnant with her second child, and her first with boyfriend Zach Davis, in two separate Instagram announcements on Dec. 17. The first was a video of Cheyenne, with her new baby bump in tow, strolling on a beautiful beach with Zach and her three-year-old daughter Ryder (whom Cheyenne shares with her ex, Cory Wharton). “Coming soon 2021,” Cheyenne simply captioned the video. 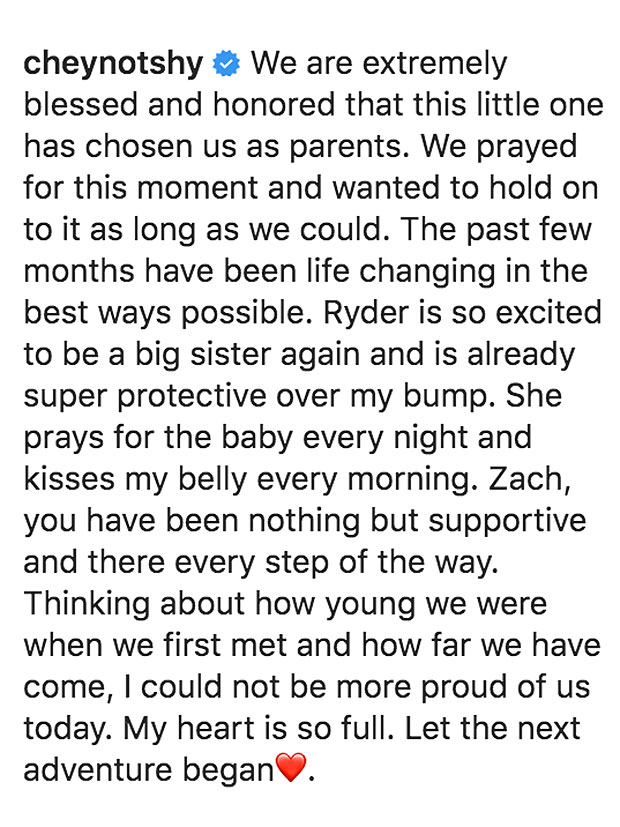 Cheyenne didn’t wait to provide her 1.3 million Instagram followers with more details, though. “We are extremely blessed and honored that this little one has chosen us as parents,” Cheyenne wrote underneath another post, which included a photo of Ryder sweetly kissing her pregnant mom’s belly as Zach cuddled Cheyenne from behind. The MTV star continued, “We prayed for this moment and wanted to hold on to it as long as we could. The past few months have been life changing in the best ways possible.”

Cheyenne even revealed how Ryder’s feeling about her future second sibling, after Cory welcomed a baby with his girlfriend Taylor Selfridge in April of 2020. “Ryder is so excited to be a big sister again and is already super protective over my bump,” Cheyenne added underneath the pregnancy announcement. The expecting mother continued, “She prays for the baby every night and kisses my belly every morning. Zach, you have been nothing but supportive and there every step of the way. Thinking about how young we were when we first met and how far we have come, I could not be more proud of us today. My heart is so full. Let the next adventure began.”

END_OF_DOCUMENT_TOKEN_TO_BE_REPLACED

END_OF_DOCUMENT_TOKEN_TO_BE_REPLACED
We and our partners use cookies on this site to improve our service, perform analytics, personalize advertising, measure advertising performance, and remember website preferences.Ok