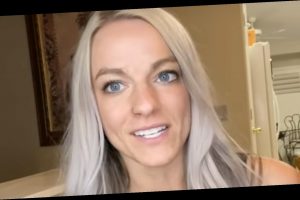 Teen Mom‘s Mackenzie McKee can officially add “author” to her résumé. As reported by The Blast, the reality star took to Instagram on March 8, 2021 to announce the upcoming release of her very own book titled, Straightening My Crown: Conquering My Royal Mistakes. “I’m so excited to officially announce my new book! I can’t wait to share my life story with everyone, there are so many details and stories that you never got to see on the show,” Mackenzie penned in the post.

Along with the caption, Mackenzie included a sneak peek of the book cover, which shows her rising out of water while adjusting a crown perched on the top of her head — a nod to the proverbial crown in the title. The book is set to be released in the fall of 2021 and the hardcover edition will reportedly retail for $21.

But what can we expect the newly minted author to discuss in her memoir? Keep reading after the jump to find out.

Being that Teen Mom OG star Mackenzie McKee’s new book is a memoir, it’s safe to say that no topic of her personal life will be off limits. After all, the young mother has become quite accustomed to sharing her life with the world.

Fans of the reality star have had a front row seat to many of Mackenzie’s life challenges, including the tragic loss of her mother to cancer, the infidelity issues she endured in her relationship with her husband and father of her three children, Josh McKee, her struggles to forge a path on her own as a single mother as she navigates a new life in the Sunshine state, and a reconciliation with her husband.

In February 2021, however, Mackenzie took a definitive stance against social media users who chastised her for her rekindling a relationship with her estranged husband, as reported by InTouch Weekly. “I nearly forgot I am [no] longer [allowed] to post a photo with my children’s father and not turn the comments off,” she wrote on her Instagram Stories. “If you do not support me and my family, it’s super simple, free, and easy to unfollow.”

Something tells us that if she’s as open in her new book as she is on her social media, this memoir will read like many of our favorite tell-alls!