Home » Celebrities » The ‘A Million Little Things’ Season 3, Episode 4 Promo Is Tense For Everyone

The ‘A Million Little Things’ Season 3, Episode 4 Promo Is Tense For Everyone 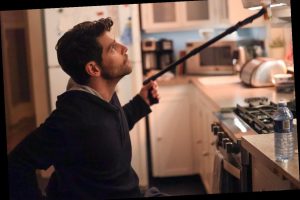 Now that winter is here it’s pretty cold out, but things are only heating up even more on A Million Little Things. It’s already time for the winter finale of the series, and all the characters are finding themselves in pretty tense positions. The A Million Little Things Season 3, Episode 4 promo teases a whole lot of heavy moments.

Warning: Spoilers for A Million Little Things Season 3, Episode 4 follow. At the end of the Dec. 10 episode of the show, Eddie (David Giuntoli) learned a few huge truths about his past that seem to now be making a big impact on his future. Reverend Stewart (Gerard Plunkett) visited Eddie at his house and revealed that Eddie actually had nothing to do with the reverend’s daughter Alex’s death. Eddie had interpreted his recent car accident and subsequent partial paralysis as a sort of punishment for letting his substance use disorder keep him from saving Alex’s life. But, once he found out that he wasn’t involved in her death, Eddie began to struggle more with the reality that he would never walk again. In fact, he struggled so much that he broke his sobriety and secretly took some painkillers.

In the Season 3, Episode 4 promo, Eddie’s wife Katherine (Grace Park) asks Eddie, "Is there something you want to tell me?" so it looks like Eddie might have to either tell her the truth about his substance use. But Eddie isn’t the only A Million Little Things character to be facing some tense moments in the upcoming episode. The promo begins with Darcy (Floriana Lima) waking up from a nightmare about being at war and Gary (James Roday Rodriguez) comforting her. Lima previously told TV Insider that this season will dig a bit more into Darcy’s mental health. She said, "You’re going to see more of what she’s dealing with as a mom and her PTSD and how that affects her being what she thinks a good mother [should be]. We’re going to see more of what she’s dealing with mentally really."

Meanwhile in the Season 3, Episode 4 promo, Maggie (Alison Miller) tells her roommate-turned-lover Jamie (Chris Geere) that she doesn’t want anything serious, while Rome (Romany Malco) is very disappointed when the reveal of his movie poster isn’t right for the project he’s envisioned. It looks like all these issues will come to a head before A Million Little Things takes a break for its winter hiatus.

END_OF_DOCUMENT_TOKEN_TO_BE_REPLACED

END_OF_DOCUMENT_TOKEN_TO_BE_REPLACED
We and our partners use cookies on this site to improve our service, perform analytics, personalize advertising, measure advertising performance, and remember website preferences.Ok