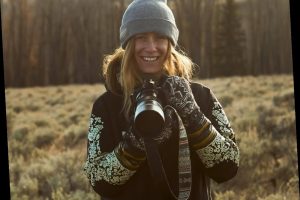 Smartphones have allowed billions of people around the world to take pictures, and share them with friends, family, and even strangers on social media. The cameras in our smartphones are getting more sophisticated every year, but if you’re interesting in making photography more than just a hobby, or need good photos for your work or social media feed, it’s still worth keeping a good digital camera around.

The best digital cameras have larger sensors can take in more light, so nighttime photos will look less grainy, and their lenses are capable of optical zoom, which lets you focus in on a subject without losing image quality. Smartphones are capable of taking incredibly high resolution photos and videos in increasingly challenging situations, but the cameras in this guide can help you capture better ones.

What Are the Best Digital Cameras?

There are many factors to think about when choosing the best digital cameras for you; below are the most important ones, which we considered while we were researching this list.

Picture Quality: One of the main metrics for judging a camera’s image quality is seeing how many megapixels its sensor has, which determines the size of the photo. Bigger pictures typically have more details. All of the cameras in our guide have a 20mp (megapixel) or higher sensor.

Baseball is Back: Here's How to Watch the 2020 MLB Season Online

Jonestown: 13 Things You Should Know About Cult Massacre

Video Quality: All of the cameras in our guide can record full HD (1080P) video, and most of them shoot in 4K. The videos you take with our recommended cameras will look great when you post them on social media, or view them on your phone, tablet, computer, or TV.

Zoom: One of the biggest advantages standalone cameras have over smartphones is optical zoom, which allows you to adjust the position of the lens to get a tighter shot of your subject without losing any image quality. Smartphone camera sensors have started to support this feature, but they’re limited by their smaller size

Interchangeable Lenses: Some of the cameras in our guide have a “fixed” lens, which means the one it’s built with is the only one you can use. Higher-end cameras allow you to swap its lens, so you can use the right one for your situation. For example, a zoom lens can let you get a really up-close shot of an object far away, but isn’t great for macro (ultra close up) shots.

Storage: All of the cameras we recommend store their photos and videos on SD cards, the most commonly used format. 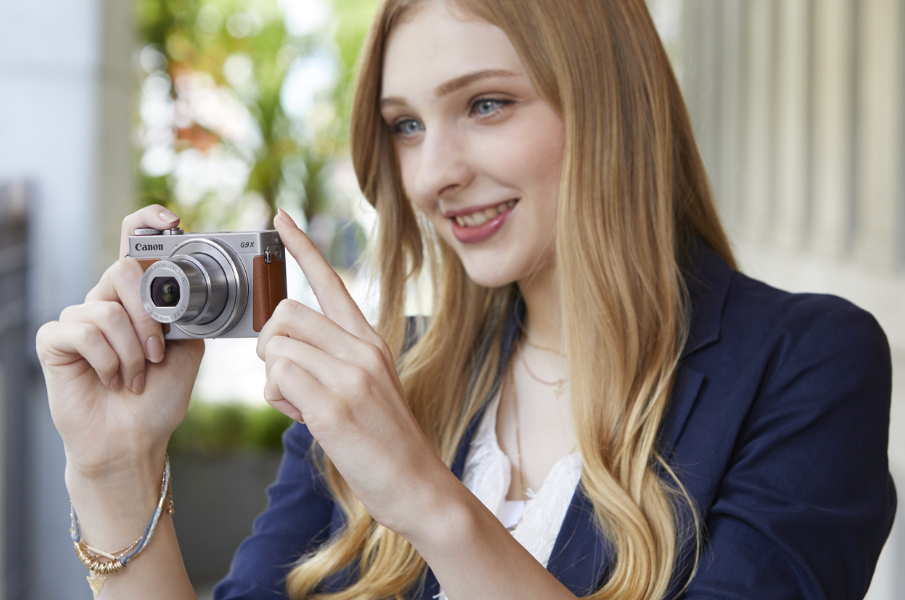 It has a 20.1MP (megapixel) sensor, and can record 1080P (Full HD) video. Its fixed lens cannot be replaced, but its 3X optical zoom should provide enough wiggle room for you to get great shots of subjects from a few feet away. You can operate all of the camera’s photo settings manually, but it has eight built-in “picture style” presets, which apply effects (monochrome) or are built for certain types of pictures (portrait).

The camera has a three-inch touch display, which you can use to navigate through its settings, and swipe through your photos. The screen can also be used as a viewfinder, so you can frame your pictures before you take them. All of these features fit in a camera that weighs under half a pound, and is only 3.9 inches long. If you’re looking for your first standalone camera, and need one that’s powerful but easy to carry around, the PowerShot G9 X Mark II is a good choice. 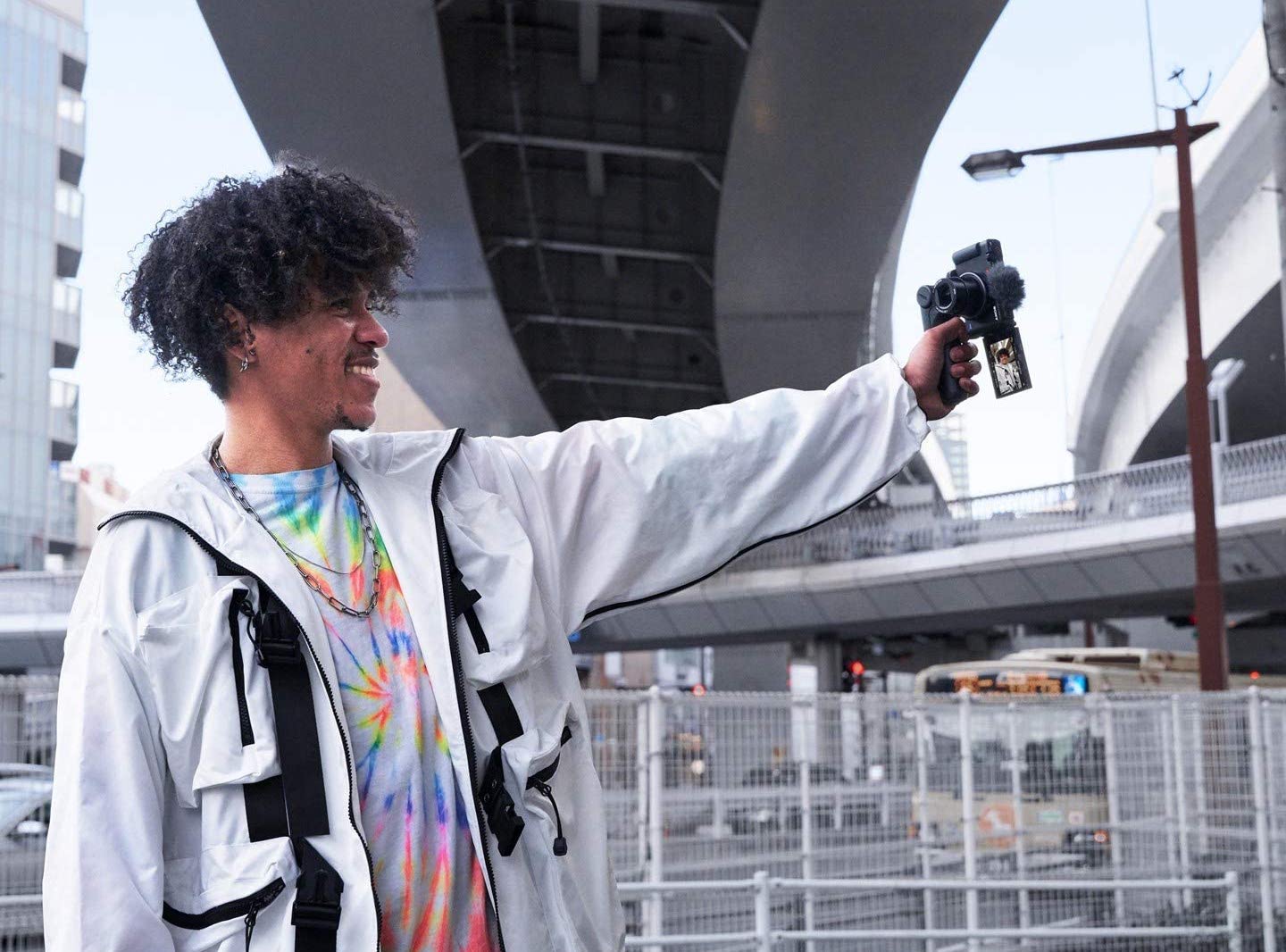 Sony’s ZV-1 is its newest point-and-shoot camera, and it’s designed specifically with vloggers in mind.

It has a 20.1MP back-illuminated sensor, can record video in 4K, and has a fixed lens with 3X optical zoom. The ZV-1 has two features that make it a great fit for aspiring YouTubers. First, its three-inch screen can be turned 180-degrees, so you can see it while you record or take videos.

This is an essential feature if you want to make sure your video is framed properly, the camera stays focused, and nothing distracting is happening in the background. Second, the camera has a “hot shoe” on top, which allows you to attach accessories like microphones or a flash. Hot shoes are a common feature on bigger cameras, but they’re not available on a lot of point-and-shoots.

If you’re not a vlogger, there’s still a lot to like about the ZV-1, especially its autofocus. Sony says it can focus on a subject in as little as .03 seconds, and follow it around if you’re recording video. The company says its algorithm can automatically detect and brighten faces.

The ZV-1 is a super portable camera that can take great pictures, but was made to record video. 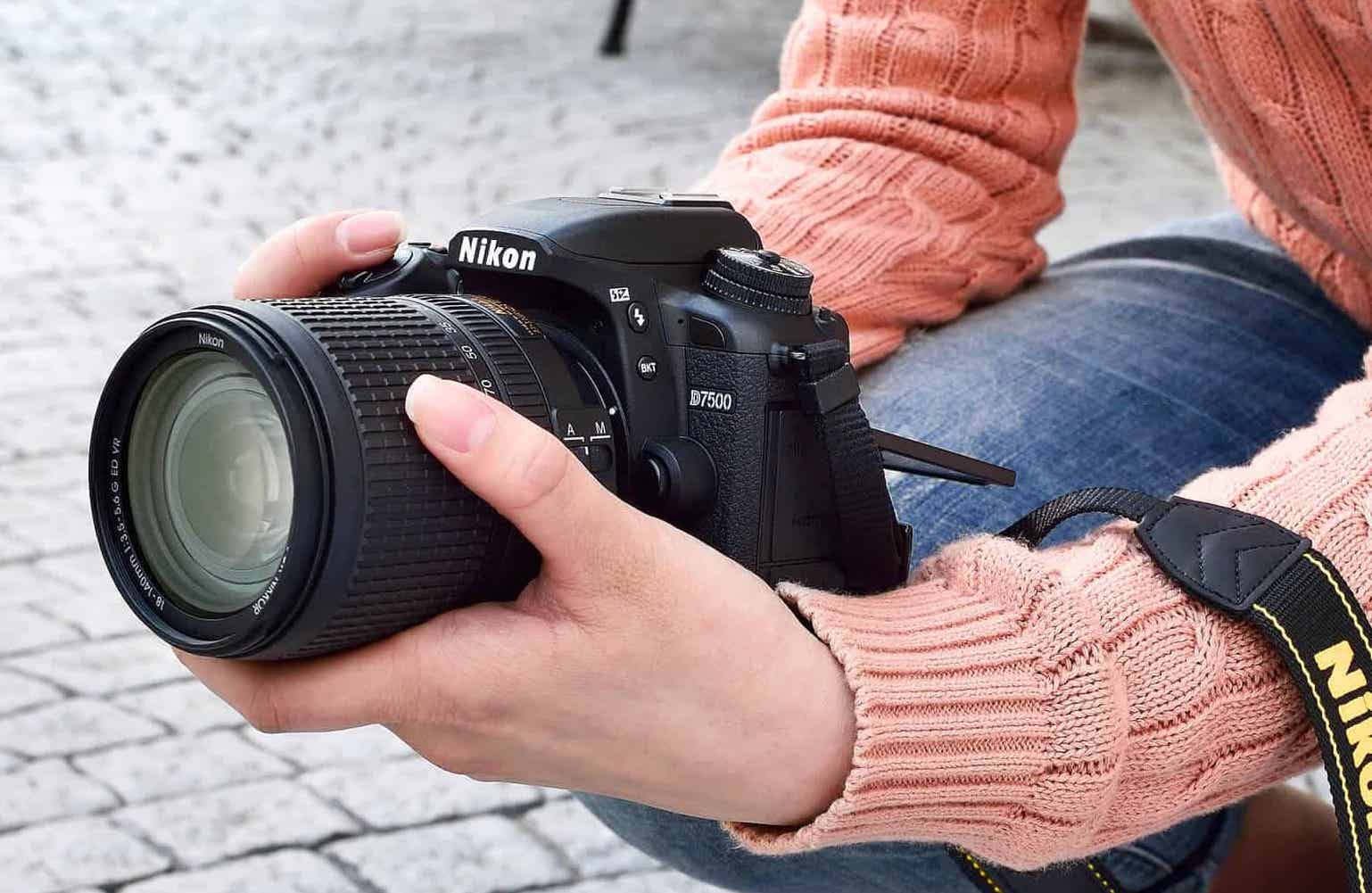 The camera can take 22MP pictures, record video in 4K, and is compatible with many different lenses. While you can get the camera on its own, we’re recommending a bundle that includes an all-purpose 18-140mm VR lens. The lens will allow you to take clear close ups, but also has a generous amount of zoom. It’s pretty big though, so you may want to get a slim “pancake”-style lens if you’re concerned about portability.

Nikon says the D7500 can continuously capture eight images per second, and has a 51-point auto-focus system, so you’ll get a clear shot of your subject. It has a physical viewfinder, and a 3.2-inch touch screen, which you can tilt up or down if you’d prefer to use it to frame your pictures. This camera has a built-in flash, but you can attach an external one to its shoe mount if you’re shooting in low light.

The main reason to get a DSLR is that you can tweak every single one of its settings manually, from turning the lens to focus, to adjusting the white balance just right. But the D7500 also has a number of presets for situations (sunset), times of day (dusk/dawn), and locations (indoor/outdoor).

If you’re ready to graduate from a point-and-shoot to a more serious camera rig, and want photo hardware from one of the most-trusted names in that world, seriously consider NIkon’s D7500. 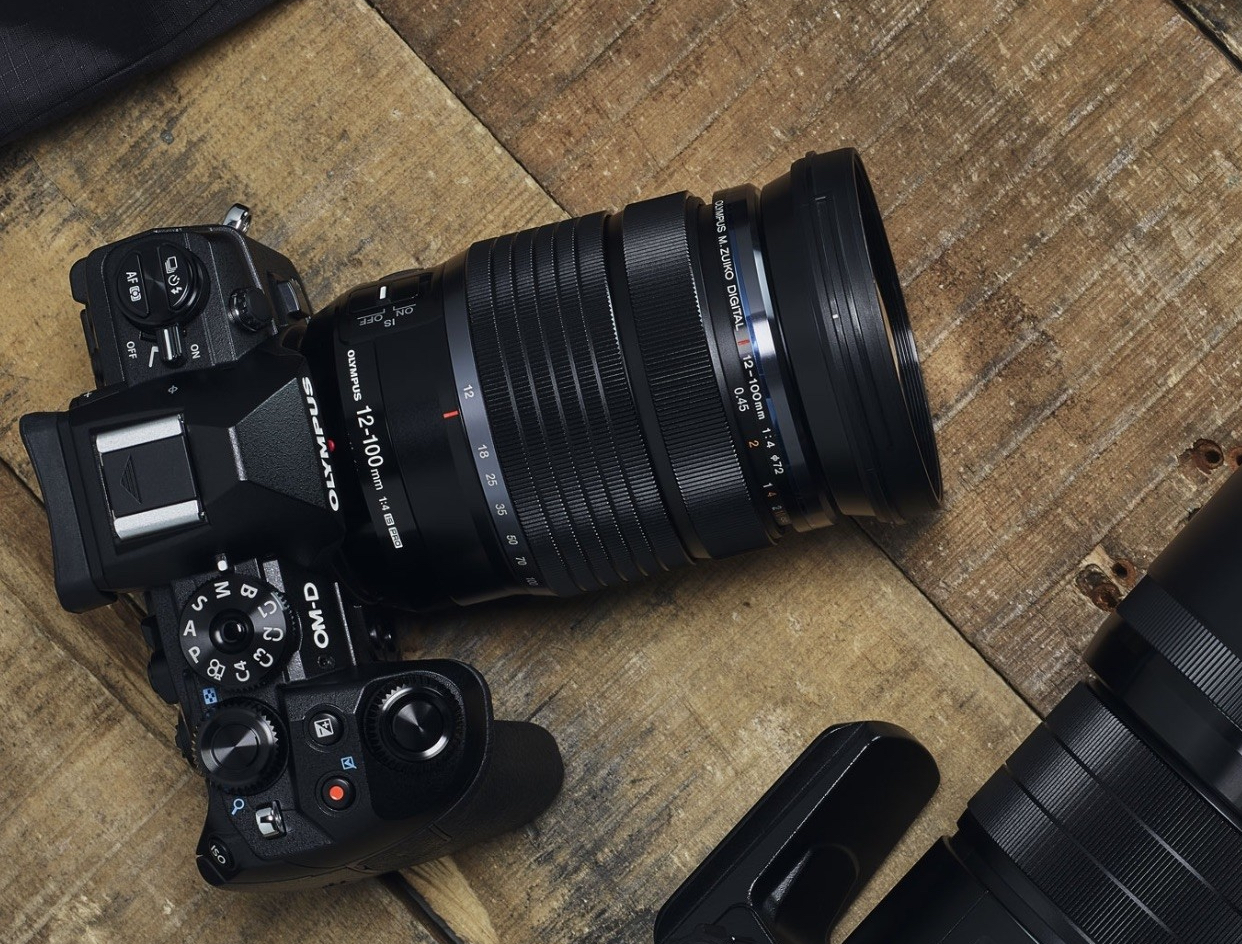 The OM-D E-M1 Mark III is Olympus’ latest professional micro 4/3 style camera, and it’s a powerhouse fit for the most demanding photographer.

It has a 50MP sensor, which can shoot up to 60 pictures per second, and record 4K video. The bundle we’re recommending comes with a standard 12-40mm lens, which is fine for taking pictures of subjects a few feet away. The OM-D E-M1 Mark III has a physical viewfinder, but you can also view your images on its three-inch touchscreen.

Olympus says the Mark III’s autofocus system has 121 points, which means it can capture subjects with pinpoint precision. The camera’s manual shutter can close at 1/8000th of a second, so you’ll get exactly what you saw when you pushed the capture button. This camera supports two Olympus-developed technologies called Face Priority and Eye Priority autofocus, which tracks your subjects to get a clean shot. All of these photography features are enabled by Olympus’ TRUEPIC IX processor.

Finally, the OM-D E-M1 Mark III supports both WiFi — which you can use to transfer pictures from the camera to your phone without a cable — and Bluetooth, which allows you to use your phone at a wireless shutter button. The ability to take an extremely high-resolution photo, quickly edit and apply a filter to it on your phone, and post it on social media within minutes without a single cable is extremely convenient.

If you’re a serious photographer interested in getting a camera that will last a long, long time, you can’t go wrong with Olympus’s OM-D E-M1 Mark III.