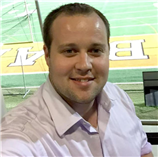 The news that Josh Duggar was arrested on child pornography charges came as a shock, even to the family’s harshest critics.

After all, we’ve known for years that Josh is a creep with predatory tendencies, but most never imagined he would get involved in something quite so repugnant.

But interestingly, the arrest did not come as a shock to those who know Josh best.

After all, his family has known about the investigation into his alleged criminal activity since November of 2019.

Yes, it was almost two years ago that a car dealership owned by Josh was raided by agents from the Department of Homeland Security.

At the time, the general public was of the belief that the raid had to do with illegal hiring practices at the dealership.

As it turned out, the situation was much, much worse than previously suspected.

These days, Josh is facing 20 years in prison, and he still seems to have the support of most of his family.

His parents, Jim Bob and Michelle, and his wife, Anna, all reportedly believe that Josh is 100 percent innocent.

While some of his sisters — including the four who were molested by Josh as children — have distanced themselves from the situation, most of Josh’s siblings appear to be supporting him.

One recent example of this continued support came earlier this year when Justin Duggar married Claire Spivey near her family’s home in Texas.

It was one of the last occasions on which Josh was photographed in the presence of multiple family members.

And to look at the photos, you would think that neither he, nor any of his siblings, had a care in the world.

Josh can be seen tossing Justin into the air with the rest of his brothers.

Another shot shows him posed alongside the rest of the wedding party and the families of both the bride and the groom.

Clearly, Josh was not being treated like a pariah, which is a bit strange as many families — especially ones as outwardly pious and as concerned about reputation as the Duggars — would be quick to distance themselves from anyone who had been accused of such a revolting crime.

Not all felonies are created equal, and it’s not like Josh had been accused of tax evasion.

At that point, the arrest hadn’t happened yet, but Josh would be taken into custody just weeks later, which means the Duggars probably knew it was coming.

It seems that at that point, the family had already been divided into two camps: Jill and the other sane siblings on one side, Jim Bob and most of his other kids defending the known predator.

The Duggars have reportedly concocted all sorts of bizarre conspiracy theories to justify the fact that Josh is once again being accused of appalling sex crimes.

Insiders say Anna is convinced that her husband is being framed by the Biden administration and never would have been arrested had Trump been re-elected.

How is it possible that seemingly sane grownups could accept such asinine explanations?

Well, the Duggars are taught from a young age to suspend disbelief and place all of their faith in Jim Bob.

As the eldest child and first son, Josh is essentially Jim Bob’s second in command, and he carries a tremendous amount of clout within the family.

Most of the other kids would never even think to question these two, even in a case like this, where following blindly forces them to ignore mountains of contrary evidence.