The global CEO of GroupM: Brands need to put more media dollars toward making a positive social and environmental impact and less on funding hate speech 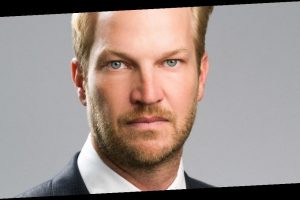 In the early days of television, advertisers and networks learned the hard way that honesty and transparency were essential to a functioning media.

After sponsors and networks got caught colluding to rig popular quiz shows like "The $64,000 Question" in the 1950s, both sides accepted that it was in their best interest not to trifle with the public's trust. In the long run, they realized, you can't sell products to people who've been conditioned to view everything they see on TV with skepticism and disgust.

That understanding remained a bedrock principle throughout the evolution of 20th century media, even holding firm in the early days of the internet. Though each side aggressively represented its own interests — brands would always like the media to push their wares a bit harder; media would always like advertisers to spend more and ask for less control — they have always settled on acceptable rules of engagement for each new frontier.

But in the digital age, communication channels have evolved far beyond the control of advertisers and media companies. Digital media platforms like Facebook, Snapchat, Twitter, and YouTube have upended the classic dichotomy by enabling the viewer to also become the writer, director, and producer. With the general public thus empowered, mainstream advertisers inevitably — and unwittingly — found themselves funding hateful, dangerous, or just plain untrustworthy content.

Naturally, sponsors pressured these social media companies to clean up their act. Those companies responded with "brand safety" protocols that allowed them to continue running user-generated content without sacrificing the advertiser dollars that fueled their astonishing growth.

But it hasn't been enough. As political and social tensions have reached a fever pitch in the US, the public is increasingly holding brands, media companies, and social media platforms responsible for the content they choose to elevate — unwittingly or otherwise. What we are now seeing is the nightmare feared in the 1950s: Consumers don't know whom to trust, and they are taking advertisers to task for bankrolling the chaos.

So far, advertiser efforts to address the situation have proved about as effective as those "brand safety" protocols. The #StopHateforProfit boycott of Facebook this summer reportedly drained the platform of millions of dollars in revenue. But the effort fizzled once advertisers realized the boycott was doing more damage to their own bottom line that it was to Facebook's.

It's a frustrating and unsustainable new reality. But there is a way out. The good news is that the solution depends on technology that already exists. The bad news is that it requires marketers to once again assume responsibility for building a safe and trustworthy media environment.

A call for marketers to measure their advertising's social impact

As advertisers, we need to change the mathematical models we use to value media. We need to evolve our valuation and measurement so they place a premium not just on reach, viewability, and effectiveness, but on social and environmental impact. We need to be willing to pay more for clicks that help boost a stable society, not just our quarterly reports.

In addition to cost-per-impression, we need to be measuring cost-per-social contribution. We need to start factoring a media placement's carbon footprint into our ad pricing. We need to support publishers that reach more diverse audiences, even if those publishers don't yet provide the level of audience data we've grown accustomed to. And we need to do this with more than the usual 10% experimental budget.

This means the introduction of new tools that empower marketers to consider these sorts of ethical and moral consequences when buying media. Just as ESG investing and sustainable funds have become billion-dollar businesses on Wall Street, we believe that socially conscious media buying will find an enthusiastic audience among advertisers.

Some people in our industry may consider that naïve. But we believe that marketers understand the necessity of a functioning, trustworthy media to their own bottom line. If we are willing to pay twice the price for an impression that improves our click-through rate from 0.1% to 0.2%, shouldn't we be able to muster the will to pay more for an ad that's likely to produce a net positive good for the planet overall? That is the $64,000 question, and, in 2020, I'd like to think we already know the answer.

Christian Juhl is global CEO of GroupM, a part of WPP and the world's largest media investment company.

This is an opinion column. The thoughts expressed are those of the author(s).

END_OF_DOCUMENT_TOKEN_TO_BE_REPLACED

END_OF_DOCUMENT_TOKEN_TO_BE_REPLACED
We and our partners use cookies on this site to improve our service, perform analytics, personalize advertising, measure advertising performance, and remember website preferences.Ok