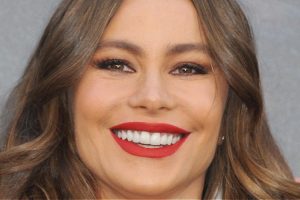 Even though Sofia Vergara and Joe Manganiello have only been married since 2015, Vergara admits she and Manganiello are already facing challenges in the bedroom, per the Daily Mail. The “Modern Family” star appeared on “The Ellen DeGeneres Show,” where she lamented her lot in life, much to DeGeneres’ amusement.

Of course, Manganiello himself also appeared on DeGeneres’ show in March, via U.S. Hola. He was promoting his new movie “Shoplifters of the World,” but also managed to talk about the two ladies in his life. It seems as if the couple had adopted a Chihuahua/Pomeranian mix called Bubbles, and the “Magic Mike XL” star gushed about the new addition to their family.

At the time of her adoption, she had 11 bladder stones and cysts that they had removed by a vet surgeon. He admitted he initially didn’t want a pet, but Bubbles had other ideas. Manganiello explained, “I walked into the room, the dog perked up, looked at me, came running over at me jumping like ‘pick me up, pick me up’ growling at the people of the shelter like, ‘go away I found Da Da, so go leave’ and that’s how it’s been ever since.”

So, when Vergara made her appearance on “The Ellen DeGeneres Show,” the host was already up to speed about some of their household shenanigans. However, Vergara then made some very bold claims about what happens in their bedroom.

It's 'not Joe's fault,' but this challenge in the bedroom remains

“Modern Family” star Sofia Vergara was surprisingly frank when she spoke to Ellen DeGeneres about her marriage, per the Daily Mail. It seems as if she’s having trouble sleeping with Joe Manganiello. The 48-year-old complained that their pup, Bubbles, only had eyes for her handsome hubby, leaving her out in the cold. Vergara playfully teased, “The dog was for me, I got the dog, but she arrived and completely ignored me. Went straight for Joe. She has taken everything that was mine.”

Clearly not used to being put second, Vergara continued, “It’s not funny. It’s horrible, she’s taken my husband, my bed.” She was clearly not impressed with the pooch’s mission and dished, “She sleeps in bed with Joe, they sleep together and then I sleep on the other side. It has become something so weird.” Poor Vergara, all on her lonesome. However, she admitted, “But I have to say it’s not Joe’s fault, it’s her, she’s obsessed with him.”

It seems as if Bubbles has an agenda, and according to Vergara, the struggle is real: “She hates me.” Who would have ever thought that Vergara would ever have to compete for the attention of her husband? Perhaps it’s time to have a heart-to-heart and call a family meeting.