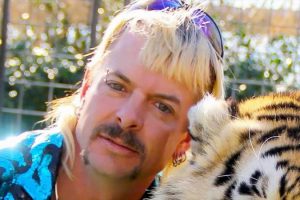 For those of us who became obsessed with the Netflix hit docuseries “Tiger King” when it first hit our feeds during the early twilight of the coronavirus pandemic in March 2020, you probably had an inkling the mess was not over after the final credits rolled. Whether it’s the titular character, Joe Exotic, and his repeated attempts to appeal his 22-year sentence for the attempted murder of rival Carole Baskin, Baskin’s own foray into fame following the debut of “Tiger King,” or the hopeful updates from Exotic’s former husband John Finlay, the saga has continued. The (pun intended) wildly eccentric and law-bending animal wranglers featured in the show, whether we like it or not, are the gift that keeps on growling.

Now, according to a recent report from People magazine, it looks like yet another chapter in the never-ending journey of Exotic and his tiger-obsessed cohort is currently being written. Unfortunately, it appears to be bad news for all parties involved — at least for the human contingent, that is. So what exactly is going on? Who are the players involved? We’ll give you a hint: it involves the later-introduced Jeff Lowe and the state of his Oklahoma zoo. Keep on reading to find out more.

Jeff and Lauren Lowe had their cats seized by the government

As “Tiger King” viewers might recall, one of the key figures in the docuseries, Jeff Lowe, was initially presented as Joe Exotic’s business partner. By the end, it became clear that Lowe morphed into yet another nemesis, taking control of Exotic’s park. But now, it seems Lowe is currently in hot water for allegedly maltreating the big cats in his own park (formerly Exotic’s) which Lowe relocated to Thackerville, Ok., renaming it “Tiger King Park.”

Per People, almost 70 big cats were seized from the park by federal agents in a raid on May 20 over possible violations of the Endangered Species Act. As the magazine noted, Lowe and his wife, Lauren, have been accused of “harm and harassment” in their mistreatment of at least “68 protected lions, tigers, lion-tiger hybrids, and a jaguar,” including neglect, malnourishment, and failing to provide shelter, “that protects them from inclement weather and is of sufficient size to allow them to engage in normal behavior,” the Justice Department said.

According to People, Lowes’ park was investigated three times since December 2020, and was raided after failing to address the numerous citations issued following those check-ins. “This seizure should send a clear message that the Justice Department takes alleged harm to captive-bred animals protected under the Endangered Species Act very seriously,” Acting Assistant Attorney General Jean E. Williams of the Environment and Natural Resources Division said in a statement.