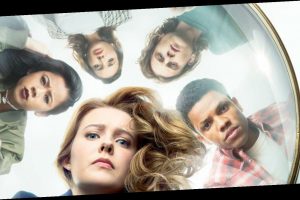 Nancy Drew‘s second season is just around the corner!

Ahead of the season two premiere, the first episode synopsis has been revealed.

In “The Search for the Midnight Wraith,” Nancy (Kennedy McMann) and the Drew Crew are still reeling from witnessing the visions of their deaths. They realize even more so now that they need to come up with a plan to stop the Aglaeca before it’s too late.

Meanwhile, Detective Tamura (guest star Ryan-James Hatanaka) shows up at The Claw to bring Nancy in for questioning as she is now a suspect in a mysterious comatose girl’s assault.

Tune in to Nancy Drew season two, premiering Wednesday, January 20, 2021 at 9pm ET/PT after the premiere of Riverdale on The CW.

In case you missed it, a Nancy Drew spinoff series is in the works at the network!