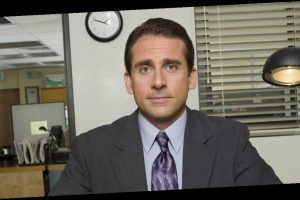 We’re here to gently remind everyone that the beloved Steve Carell-led comedy The Office is leaving Netflix on December 31, 2020.

The hit NBC show, which ran on the network from 2005-2013, quickly became one of Netflix’s most-streamed shows on the streaming service once it arrived years ago.

Netflix first announced the news back in 2019, saying, “We’re sad that NBC has decided to take The Office back for its own streaming platform — but members can binge watch the show to their hearts’ content ad-free on Netflix until January 2021.”

You will be able to stream the show on Peacock, NBC’s streaming service, in 2021. Are you sad to see The Office leaving Netflix? Sound off in the comments!

Find out what other hit movies and television shows Netflix will be removing throughout the month of December.

END_OF_DOCUMENT_TOKEN_TO_BE_REPLACED

END_OF_DOCUMENT_TOKEN_TO_BE_REPLACED
We and our partners use cookies on this site to improve our service, perform analytics, personalize advertising, measure advertising performance, and remember website preferences.Ok