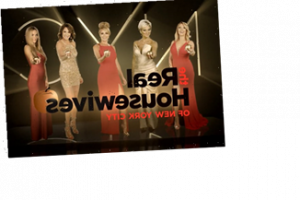 This season, Tinsley Mortimer stunned fans by quitting The Real Housewives of New York City. Her own castmates could not believe it.

Tinsley Mortimer walked off of the show, choosing her chance at love over her Apple and the Big Apple itself.

Her midseason departure for Chicago was quite the shake up.

Now, Bravo is giving viewers a glimpse at how different the rest of Season 12 will be, starting with the taglines — changed for the first time in franchise history.

“Like a mint in my mouth, I can be a bit fresh,” she teases.

That’s a fun play on the word fresh — and, given her behavior this season, appropriate.

We say that it is appropriate because Dorinda has gotten dark this season.

While we know that she has a lot going on in her personal life, she has seemed like a season villain.

Perhaps we’ll see her antagonistic streak come to an end … or maybe she has scarcely begun.

Up next is Sonja Morgan.

That is a genuinely good line, actually.

It is also very fitting, because Sonja had a mini-meltdown earlier this season.

As viewers may recall, she was outraged at the suggestion that she was ever her former husband’s trophy wife.

Rather, she very loudly emphasized, they were partners.

Then comes Ramona Singer, who has had drama both on and off screen this season.

“So what if I’m self-involved, who else should I be involved with?” she asks.

That’s a little mouthy, but sure.

RHONY‘s most prominent herbo has seemingly had tunnel vision in recent months when it comes to nationwide protests.

This has led her into conflict with fans and also with one castmate in particular.

It has fallen on Leah’s youthful shoulders to set Ramona straight when it comes to the importance of Black Lives Matter.

Leah McSweeney is appropriately up next.

“I’ll say sorry for what I’ve done but never for who I am,” Leah declares.

That’s a great motto by which to live, actually.

It is a fitting saying for Leah, who had a troubled past but is now a wise, relatable woman.

She is a newcomer but has been widely praised by viewers as a fresh voice of reason on the show.

But she’s not so reasonable that she hasn’t stripped naked and yeeted some tiki torches like javelins.

Speaking of drunken mistakes, next up is the erstwhile Countess.

Luann de Lesseps announces: “I rise above the drama and won’t settle for the lower level.”

Another extra wordy one, but at least lower level is alliterative, Luann.

Luann has had her struggles with alcohol … struggles that she now says are behind her.

We mention this because we suspect that at some point in the not-so-distant future, she and Leah may have a “disagreement.”

Why? Because Leah just reached a milestone in her sobriety journey.

“It’s been a trippy 90 Days,” Leah captioned this photo as she shared it on Instagram this week.

No, she’s not part of 90 Day Fiance. Rather, she is revealing that she received her three month chip for remaining sober.

That is an exciting milestone for her — one that may clearly change her behavior when she (hopefully) films for Season 13.

Leah was not the only one having fun at the nude earlier this season.

But she was noticeably wild while under the influence.

She also recovered much better than some of her castmates did the next day, and repaid her host by cleaning the kitchen.

Housewives don’t have to be drunk to be entertaining.

Leah clearly chose the pandemic lockdown as a time to become sober — for many, it was difficult to safely continue drinking.

We applaud her efforts and wish her the best on whatever path she continues to choose for herself.