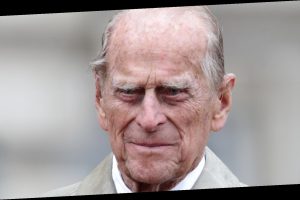 On Apr. 9, 2021, Buckingham Palace released a statement that Prince Philip, the husband of Queen Elizabeth II, had died at the age of 99. “It is with deep sorrow that Her Majesty The Queen announces the death of her beloved husband,” the statement read, per BBC News. “The Royal Family join with people around the world in mourning his loss.” An outpouring of tributes came in from both citizens and political leaders.

The Duke of Edinburgh’s death came less than a month after he was discharged from the hospital. As covered by CNN, Philip was admitted to the hospital on Feb. 16, 2021, where he received heart surgery. He went home a month later on March 16.

Philip officially retired from public life in 2017, per NBC News, but he played an integral part in modernizing the royal family in the past. He was the first member of the royal family to take part in a televised interview, and he was reportedly instrumental in having the queen’s coronation televised in 1953.

Prince William and Kate Middleton paid public tribute to Philip on their official Instagram account where a black and white photo of him was posted. The caption included Buckingham Palace’s statement regarding his death. Prince Harry and Meghan Markle honored the Duke of Edinburgh with a message on the homepage of their Archewell website reading: “Thank you for your service … You will be greatly missed.”

People flocked to the palace to pay their respects — but the Royal Family asked them not to.

The royal family issues a request to the public

Outside of Buckingham Palace, a framed notice of Prince Philip’s death was hung on the gates, as is customary tradition (via NBC News). People showed up to the palace in droves to pay tribute to the Duke of Edinburgh, and BBC News noted, “More than 100 floral tributes – ranging from bunches of daffodils to fuller bouquets” were left. Several people spoke to the news network about why they felt compelled to visit Buckingham Palace after Philip’s death. He brought “the kind of stability that’s so old-fashioned it’s difficult to comprehend. He was a rock who brought integrity,” one person said. Although the royal family appreciated the kind words, they requested mourners to not leave flowers.

“During this time the royal family ask that members of the public consider making a donation to a charity instead of leaving floral tributes in memory of The Duke of Edinburgh,” the Palace of Buckingham said in a statement (via Us Weekly). The royal family’s concern was for people to observe COVID-19 social distancing rules. “With the safety and wellbeing of the public in mind … members of the public are asked not to gather in crowds,” they said in the statement. In lieu of leaving flowers, people were encouraged to make a charitable donation and to leave personalized condolences on the royals’ website.

As reported by BBC News, mounted police were on hand to ensure any people outside the royal residences were adhering to social distancing guidelines.